The images shows a Black coloured Nokia branded handset, with a Grey coloured physical keyboard. At the back of the device is a camera, and a speaker grill rests right below it. There is no front camera or LED flash that can be spotted on the images of the Nokia TA-1017. No other details on connectivity options, storage or dual-SIM support are available as of yet. It is likely that the feature phone will be a 2G-only device, like the Nokia 3310. Pricing and availability details of the upcoming Nokia feature phone are also unavailable at this point 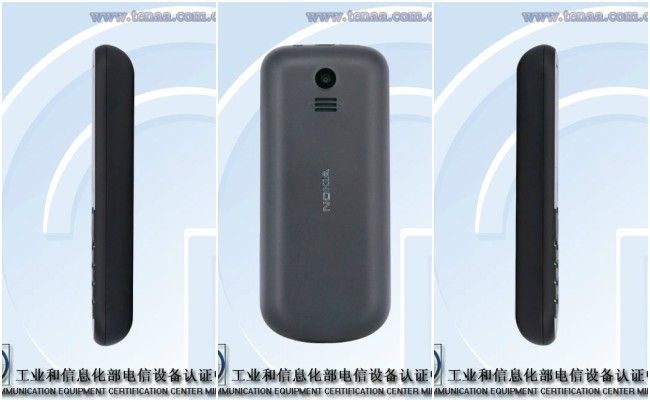 The Nokia 3310, on the other hand, features a 2.4-inch QVGA colour display and is based on Nokia Series 30+ system. The feature phone's USP is the standby time of nearly 25 days and talktime of up to 22 hours. The Nokia 3310 houses a 2MP rear camera with LED flash, and supports external storage expansion up to 32GB via a microSD card slot. The dual-SIM feature phone includes a LED torchlight and offers MP3 playback up to 51 hours, along with FM radio playback up to 39 hours.