An advertisement sporting the 'Nokia X' name spotted in China has led to rumours that HMD Global is close to launching a flagship device under this name. 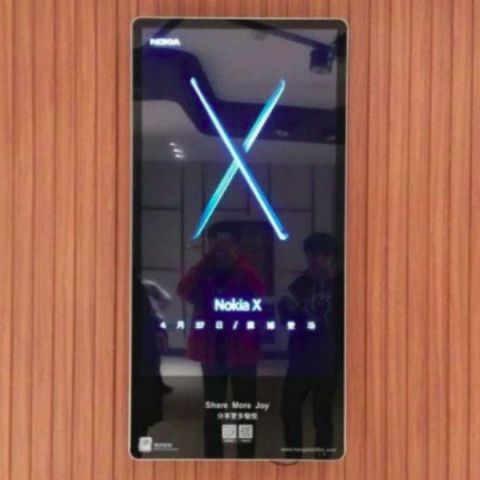 HMD Global is reported to be close to launching its new flagship smartphone, dubbed the Nokia X. An advertisement has apparently been spotted touting the name of the device in a mall in China, and futher reports indicate that the device will be launched this month itself, on April 27, internationally. This is completely in contrast to the large number of leaks and rumours that we usually come across before the launch of a smartphone, and with the Nokia X being touted to be a 'flagship' grade device, adds a bit of a question mark in terms of validating the device's existence.

A Gizmochina report states that the upcoming Nokia X is likely to be called 'Nokia 10', with the X standing for the numeral. Nokia's smartphones so far follow a number-based nomenclature, and it is likely that the Nokia X will be placed as a flagship in the market. No technical details are available at the moment, but from the photos seen in the leaked advertisements, one can expect dual-curved edges on the display, and a slightly curved metal rear panel. Past concept renders of possible Nokia flagships have hinted at a more upright design, but the alleged Nokia X does not resemble such concepts in any way. There are no further details available about the device at the moment, including the possible configuration of components that may be used.

HMD Global will be looking to remain tight-lipped about the device, coming up with a surprise launch of what may turn out to be an important smartphone in the company's portfolio. Nokia's devices have so far been hailed for the sturdy, premium build quality. However, the present state of the Nokia brand in the realm of mobile phones is a sliver of what it was back in the era of postage stamp-sized monochrome displays and alphanumeric keypads on mobile devices. The Finnish company enjoyed a massive, long-standing monopoly on the mobile devices market during the initial boom of cellphones across the world, but the advent of touch-operated devices and the rise of the mobile-first generation led to the fall of one of the most iconic companies of all time.

With HMD Global, Nokia is on the lookout to grab the attention back to itself, and the Nokia X may well be the latest peg in its attempt to garner its niche in the smartphone market.