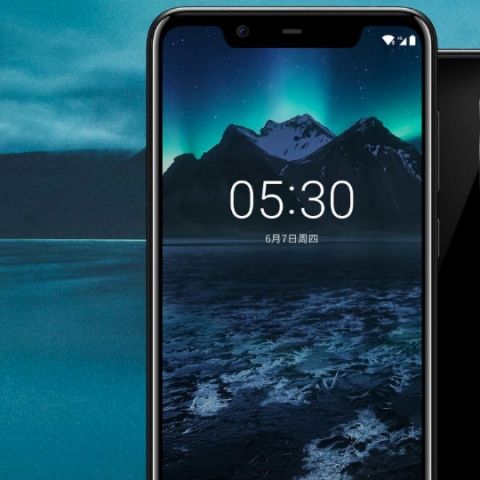 After surviving several hiccups in the run-up to the launch event, HMD Global-backed Nokia has finally unveiled the much-awaited Nokia X5 in China. The phone comes with an iPhone X-like notch and has been launched in two variants: 3GB RAM/ 32GB storage which is priced at CNY 999 (approx Rs 10,000) and 4GB RAM/ 64GB that will be available for CNY 1,399 (approx Rs 14,000). The Nokia X5 will be available for pre-order on Chinese online retailers, including Suning, JD and Lynx as well as Nokia's official website in China from July 19. Customers can choose from Night Black, Baltic Sea Blue, and Glacier White colour options.

The Nokia X5 comes wrapped in glass with slim bezels on the side, a notch on the top and a chin which has Nokia branding. The company claims that it has an 84 percent screen-to-body ratio. On the back, the phone sports a dual-camera setup aligned in vertical fashion in the centre panel and below the cameras, there is a LED flash -- all stacked in one enclosure. Below it, there is a fingerprint scanner and Nokia branding. On the right, the phone has volume rockers and power button, and 3.5mm jack on the top.

The Nokia X5 has a 5.86-inch HD+ display (720x1520 resolution) with a 2.5D glass protection and 19:9 aspect ratio. It is powered by the MediaTek Octa-core Helio P60 processor (four Cortex-A73 clocked at 2.0GHz and an equal number of Coretx-A53 clocked at 2.0GHz). As far as the optics are concerned, the phone comes with a 13MP sensor with f/2.0 aperture and a 5MP secondary lens on the back. At the front, there is an 8MP sensor with f/2.2 aperture. A 3,060mAh battery keeps the device running on Android 8.1 Oreo out of the box. HMD Global promises a regular secutrity updates amd an update to Android P when the stable version of the OS is released later this year.