The confirmation comes from Chief Product Officer Juho Sarvikas on Twitter. No specific date for the update has been announced 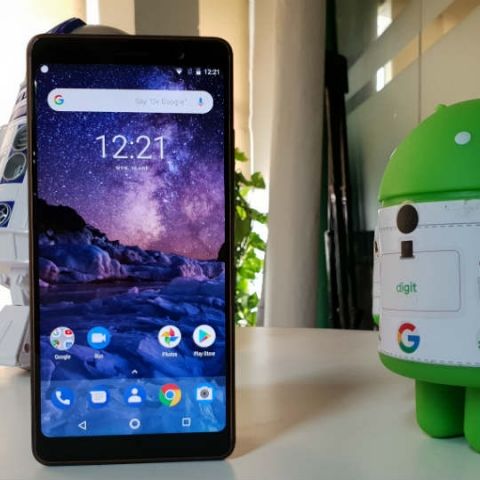 In a Tweet, Chief Product Officer Juho Sarvikas has said that the Nokia 7 Plus will get dual-VoLTE support soon. His tweet reads, “2nd sim will support LTE shortly!”. No specific time frame for the update was mentioned. If the period is to be considered as short, then we can expect the update to roll out in a matter of weeks. The Nokia 7 Plus is selling in India for Rs 25,999. Speaking of the specifications of the Nokia 7 Plus, the smartphone is 7.9mm thin, and is the first phone to launch in India powered by the Qualcomm Snapdragon 660 SoC. The device also sports 4GB RAM. It has a 6-inch 18:9 IPS LCD display with a resolution of 2160x1080. The display has Corning Gorilla Glass 3 protection on it.

Coming to the optics, the Nokia 7 Plus has a dual 12+13MP camera setup at the back where as the front has a 16MP selfie shooter. It has 64GB built-in storage which is expandable up to 256GB via a microSD card. The smartphone comes with Bluetooth 5, still retains the endangered headphones jack and is powered by a 3800mAh battery.

In our review of the Nokia 7 Plus we said, “The Nokia 7 Plus upholds the iconic brand’s promise of reliability, ease of use and design innovation. The phone delivers on all three fronts with a premium metal unibody design, high-end performance and clean, stock Android. It also has a good camera marred only by slow processing speeds which could be fixed via a software update. All good things come at a price and so does the Nokia 7 Plus at Rs 25,999 but unlike last time when all the Nokia phones felt overpriced, this one manages to justify the higher asking rate.”

If you are in the market to pick up a new smartphone, then you can take a look at our list of new and upcoming smartphones here.