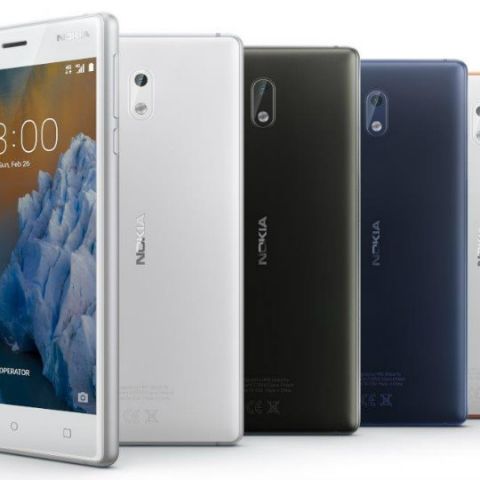 Nokia has confirmed that its Nokia 3, Nokia 5 and Nokia 6 smartphones will be updates to Android O once OS is made available by Google. A spokesperson from HMD Global told Techradar that “the smartphones will get the Android O update once the new release is available from Google for their OEM partners, the same way HMD Global is committed to the monthly Android security updates.”

It’s not really surprising information, since Nokia has been touting the fact that its smartphones run on the newest version of Android. In fact, the primary difference between the company’s stock Android experience and that offered by Motorola, is in the fact that Nokia is promising monthly security patches as well. Motorola had earlier said that it prefers to bundle security patches with larger OS updates, instead of sending them monthly.

Nokia’s spokesperson didn’t conform when the company will be rolling out the update, but one would expect it soon enough. Google is expected to announced the full roll-out of Android O with the launch of its next Pixel devices (which should be later this year), and Nokia should follow, sometime in the third quarter of 2017.

Frequent and timely updates is a big part of Nokia’s value proposition with its smartphones. That, and premium design is really what sets the company’s phones apart from its competitors. Nokia’s smartphones are expected to hit the low to mid-range market in the country, and they’re supposed to go on sale sometime this month. We do not have prices for the devices just yet, but the Nokia 3310 has been priced at Rs. 3310.