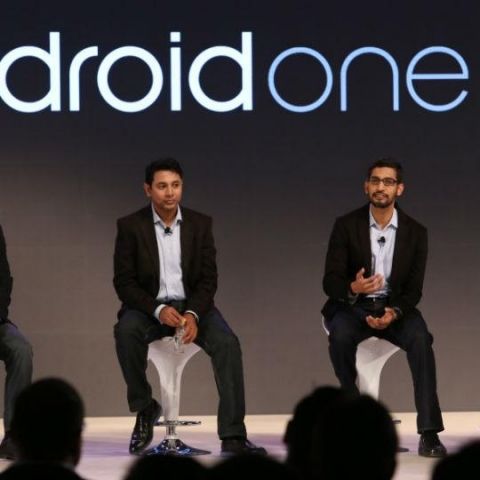 Was Google late in launching Android One phones in India? According to reports, Indian consumers haven't been very keen on Google's Android One phones despite attractive pricing and specifications combinations. Besides cold customer response, Android One phones face a strong competition from the likes of Xiaomi, Motorola which are also offering phones with high spec'd phones at low price.

Google, however, denies possibilities of Android One phones not doing well in the market. A Google spokesperson says its devices were seeing “very strong sales and consumer interest”, especially in smaller towns.

Industry experts however expect Android One phone sales to pick in coming months. "The USP of Android One such as software updates and other Google services of the device were not publicised. That was another reason for the lukewarm response toward Android One devices," says Counterpoint Research Analyst Tarun Pathak.

One of the possible reasons behind low sales could have been the lack of support to take pictures without external card.

Indian smartphone market is currently flooded with budget Android phones. So far, the likes of Micromax, Xiaomi and Motorola have been targeting the budget segment. But, bigger brands such as Samsung are also targeting the segment with similar online-exclusive launch models.

Android One is an important initiative for Google, which aims to reach out to a large number of first time Internet enabled phone users. Its success in India will encourage the company to extensively focus on the initiative in other emerging countries as well. Results could have been different had Google launched its Android One phones six months earlier, or before entry of Xiaomi. However, we believe it's too early to call Android One phones a flop.

Do you also think Android One phones are set to be flop? What should Google do to beat the competition? Let us know your views in the comments section below:

Hands on: Android One phones from Micromax and Karbonn