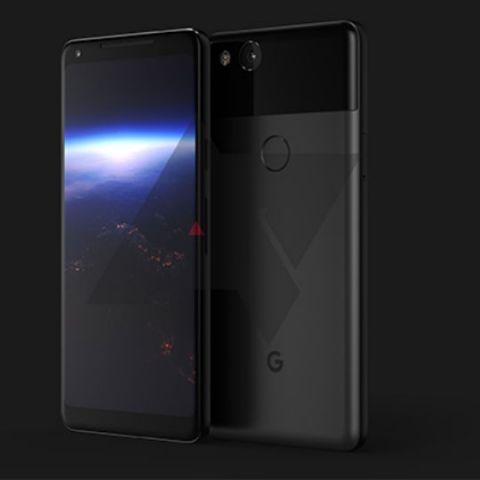 We have known for sometime that Google is working to ready its 2017 flagship smartphones for a while. The company had earlier confirmed that the “premium” Pixel 2 devices will be launching later this year, keeping with the traditional yearly refresh cycle. The information was followed by a number of leaks and rumours surrounding the upcoming second-gen Pixel smartphones. Now, details of the larger of the two Pixel devices, the 2017 Pixel XL, have surfaced in the form of new 3D renders. The renders have been leaked by Android Police based on information that the publication claims to have gathered from “extremely reliable” sources. If the report is to be believed, this is probably as close as a look at the 2017 Pixel XL, as we have seen to date. From the looks if it, the 2017 Pixel XL smartphone carried forth the design philosophy of the current Pixel, Pixel XL devices.

As per the leak, the second-generation Google Pixel XL codenamed ‘Taimen’, will sport a 6-inch AMOLED display, with rounded corners, and a 2:1 aspect ratio. Google seems to have trimmed down the bezels on the upcoming 2017 Pixel XL, although, the top and bottom bezels are still very much visible. Bezel-less is the new trend in flagship smartphones and devices like the Galaxy S8 and LG G6 have already reaffirmed it. The new Pixel XL is also said to sport a squeezable body similar to the HTC U11. The leaked information points out that the squeezable body of the 2017 Pixel XL will allow users to interact with the Google Assistant. A wide speaker grille can be spotted at the front of the device, right on top with the secondary camera, but a bottom speaker grille is not visible in the leaked renders.

The fingerprint sensor seems to have moved positions this time around, resting below the glass portion at the back of the smartphone. Unlike recent flagship smartphones, the 2017 Google Pixel XL does not seem to house a dual-rear camera setup, and this could be a disappointment. That said, the camera on the current Pixel phones is still one of the best we have seen till date, so one can expect the 2017 Pixel XL to carry forward the superior photography skills of its predecessors. It is also unclear if the primary camera sits flush with the body of the new Pixel XL and a silver ring around the same suggests a slight bulge. Another difference between the current-gen Pixel XL and the new leaked design shows the lack of visible antenna lines, which now seem to blend into the body.

The 2017 Pixel and Pixel XL devices are said to be manufactured by LG. As usual, camera seems to be the priority for Google and its next-gen Pixel phones. The company is rumoured to be working on tech that will make low-light photography on the upcoming Pixel smartphones unbeatable. The Pixel 2, Pixel 2 XL are reportedly being tested with improved chipsets from two different chipset manufacturers. Google is expected to launch the two flagship smartphones in the next few months at a “premium” price point.