New Android One phones could be priced below Rs. 3,000, Google has its long-term plans attached to it. 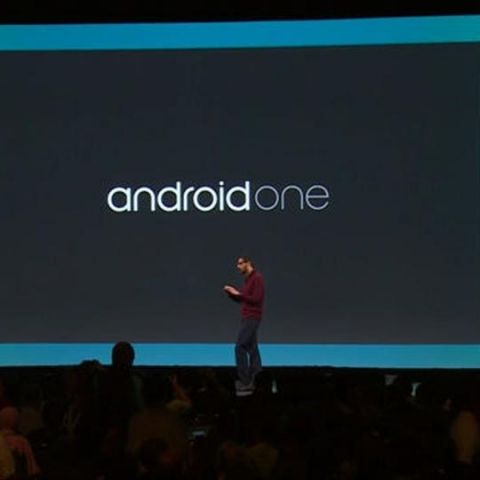 Android One, the aspirational smartphone standard-cum-platform launched by Google to lure in first-time smartphone buyers in India, didn’t achieve the highs Google expected and the company was seen changing its tactics. The company recently launched a more powerful Android One phone in partnership with Lava, namely the Lava Pixel V1. The company advocated that they want to shift their focus from first-time smartphone buyers to youth-buyers, who wants a seamless Android experience.

On the contrary, Rajan Anandan, managing director in India and Southeast Asia, Google, told Financial Times that they are working with manufacturers on a cheaper set of specifications aimed at the lower price brackets. According to the report, Google will re-launch the cheap Android One initiative, and will try to deliver smartphones under Rs. 3,000 in an attempt to woo new customers. The company wants to capture the emerging Indian internet market before anyone else.

Mr. Anandan said that they are aiming to bring “high quality” to devices available at a lower price tag. He said, since India is a cost-conscious market they want to target the “sweet-spot” in the smartphone market of Rs. 2,000 and Rs. 3,000. With this move Google has its long term plans set as the company is looking at India as a major investment. They believe that in the next 10 years, most of India’s huge population will go online, and Google wants to be the go-to service for those people when that happens.

Moreover, the internet infrastructure in India is still in a developing state and Google is gearing up to invest in changing it. The search giant’s main revenue is digital advertising and India doesn't serve up that big a revenue right now. Also, Google services like Youtube, Maps, and Drive require high bandwidth, which will require a major push from the company as well.

We might see Google announcing the cheap Android One program being rebooted in a few weeks. This time, if Google plays its cards right, Google might end up with a majority of market share in the Indian Internet services market, which in long-term, can turn into a monopoly. Local, new and small companies that are into the same businesses might have a hard time competing with Google if the new Android One program pans out right.