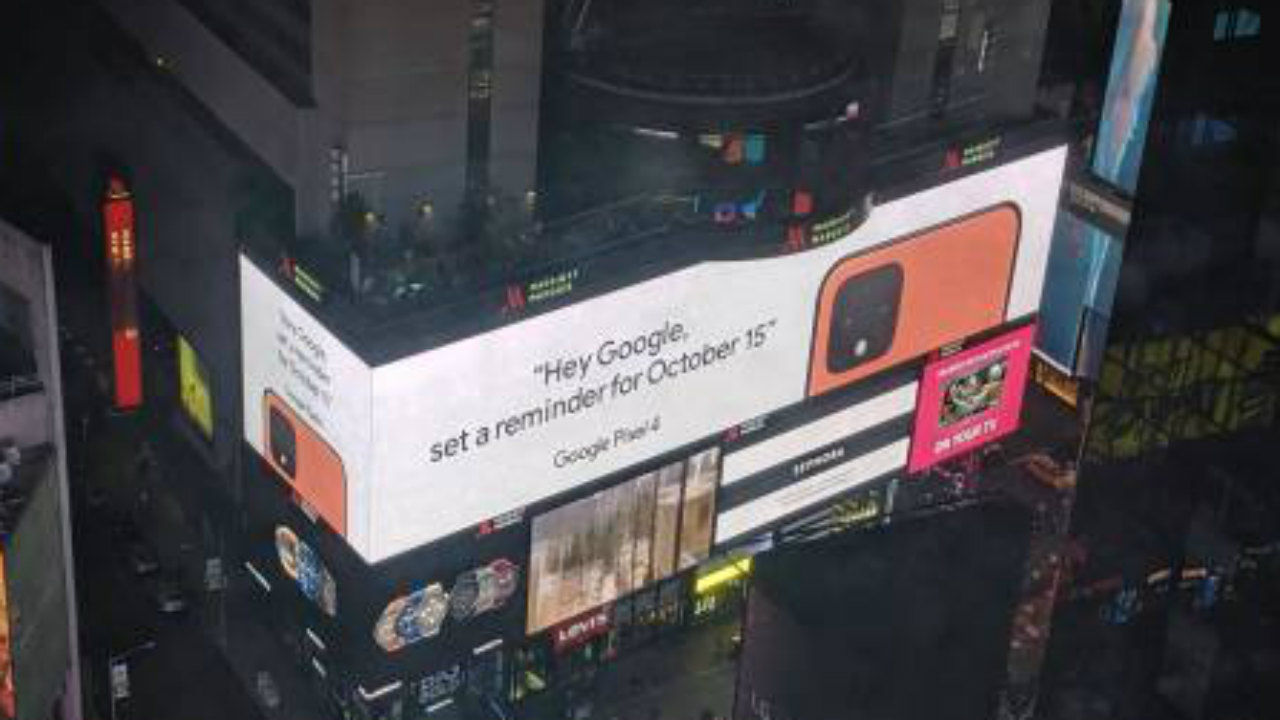 The smartphone is shown off in an orange colour model.

Pixel 4 lineup is expected to come in black, white and orange colour models.

Google will be revealing its Pixel 4 series of smartphones during its upcoming Made by Google event on October 15. While the company has revealed the rear panel of the phone and we know that it will sport dual cameras this time, there are many other details that are yet to be made official. Now, the company has put up an ad for its upcoming launch event in Times Square where it has confirmed that the Google Pixel 4 lineup will be announced in a new orange or coral colour version. The image showcases upper rear panel of the Pixel 4 where the camera module is present.

The ad was spotted by a couple of Redditors who posted the image. As per the leaks we have come across so far, the Google Pixel 4 is most likely to launch a white colour variant as well. The company itself has already confirmed the black colour variant in the promo image of the Pixel 4 handset. The upcoming Google Pixel 4 series has to be one of the most leaked handsets this year. The Pixel 4 will reportedly sport a 5.7-inch Full HD+ OLED display while the Pixel 4 XL might get a 6.3-inch Quad HD+ OLED display. The handsets might sport a 90Hz display refresh rate that Google is reportedly dubbing “Smooth Display".

The Google Pixel 4 and the Pixel 4XL handsets are expected to be powered by the Qualcomm Snapdragon 855 Plus chipset and come with 6GB RAM. The company is expected to announce them in 64GB and 128GB internal storage models. Coming to the optics, both the handsets are touted to sport a 12MP sensor that supports phase-detect auto-focus and a 16MP telephoto lens. Additionally, a recent leak suggests that the Pixel 4 lineup might sport some impressive astrophotography capabilities.