Google teases May 7 launch for Pixel 3a, Pixel 3a XL with Avengers: Endgame collaboration 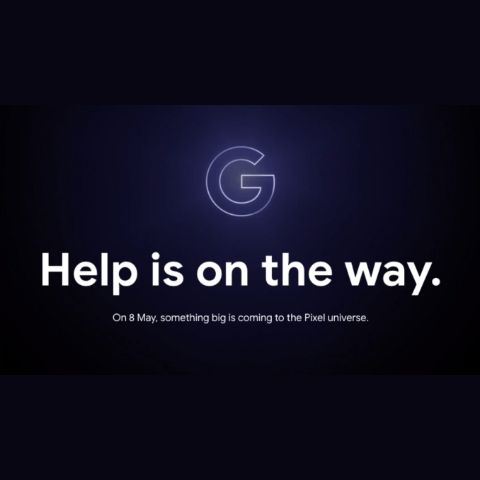 Google Pixel 3a, Pixel 3a XL are expected to be premium mid-range smartphones.

Google has teased the launch of the new phones for May 7.

The launch date coincides with the start of Google I/O 2019.

Google Pixel 3a(₹ 30999 at flipkart) and Pixel 3a XL finally have a launch date. Google has officially teased the launch of the new, premium mid-range smartphones saying, “Help is on the way. On May 8, something big is coming to the Pixel Universe.” The launch could happen on May 7 US time (could be May 8 in India by then). It will coincide with Google’s annual developer conference - Google I/O 2019, which is scheduled to take place starting May 7 at the company’s Mountain View, California based headquarters. The teaser of the new Pixel phones comes with an Avengers: Endgame promo. Google has partnered with Marvel Studios to add new Playmojis from the Marvel Cinematic Universe with five new characters: War Machine, Thor, Black Widow, Rocket and Captain Marvel. To use them, you will need a Pixel phone and the Marvel Studios’ Avengers: Endgame pack. Since these new Avengers Playmojis are already available, we hope the May 8 announcement is that of the new Pixel phones.

The Pixel 3a and Pixel 3a XL are expected to bring premium hardware down to the mid-range segment and it’s Google’s maiden attempt at doing so. Traditionally, Google has always launched two Pixel smartphones in a year and the yearly upgrade usually happens in October. With the launch of the mid-range Pixel 3a series, Google will be departing from its once-a-year refresh cycle and we can expect the company to launch cheaper versions of its flagship Pixel phones every year, after each subsequent update.

Google Pixel 3a, Pixel 3a XL expected specs and price

In terms of specifications, the upcoming Google Pixel 3a and Pixel 3a XL are expected to feature 5.6-inch and 6-inch OLED panels, respectively.  The smaller Pixel’s display is speculated to come with a resolution of 2220×1080 pixels at 440dpi.

Both phones are rumoured to feature the Active Edge function which lets users squeeze the phone to summon the Google Assistant. Google’s Titan M security chip is also expected to be integrated into the phones for enhanced security.

Further, the Pixel 3a and Pixel 3a XL could feature eSIM support and 64GB of local storage. In the camera department, both the phones may have 12MP camera on the back and an 8MP wide-angle front shooter. Rumours suggest that the devices will be offered in Clearly White and Just Black colours, but Google may also launch a third colour with an aim to sell more units.

Under the hood, the smaller Pixel 3a could be powered by Snapdragon 670 SoC and 4GB of RAM. It may draw power from a 3,000mAh battery. The larger Pixel 3a XL may ship with a Qualcomm Snapdragon 710 mobile platform with 4GB of RAM. There is no information on the battery capacity of this one. Needless to say that both the handsets are slated to run on Android 9 Pie, sport USB Type-C port, and they could sport 3.5mm headphone jack.