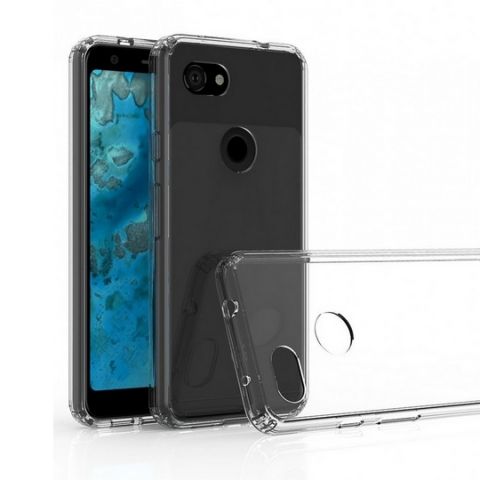 Case renders have revealed what the budget Pixel phones will look like.

Considering how long the budget Pixel phones have been rumoured and anticipated, Google should just go ahead and release the phones now. The Pixel 3a and the Pixel 3a XL appeared on Google Play a few days before revealing some of the specifications Now, case renders of the smartphones have showed up online giving us another glimpse of what the mid-range Pixel phones will look like.

By the looks of it, the Pixel 3a and the Pixel 3a XL will share a similar design which while bearing some resemblance to the flagship Pixel 3 and the Pixel 3 XL. What’s different is that the mid-range Pixel phones will have rather large bezels and a 3.5mm headphone jack. What’s  common will a single camera on both the front and the back, and a USB-C port at the bottom. The renders reveal there will be fingerprint sensors on the back, and volume rockers and the power button on the right. The Google logo can be seen at the bottom of the rear panel.

Previously leaked details indicate both the Google Pixel 3a(₹ 30999 at flipkart) and the Pixel 3a XL will have 4GB RAM, but the smaller Pixel 3a will come with a 5.6-inch FHD+ display while the latter will have a 6-inch FHD+ display. By the looks of it, the phones will not have a notch. The two devices are also expected to differ in terms of battery capacity.

Google is expected to announce the budget Pixel phones at Google I/O 2019 that starts from May 7.