Several Google Pixel 3 XL users have complained that their devices grew another notch on either the right or the left edge of the display. 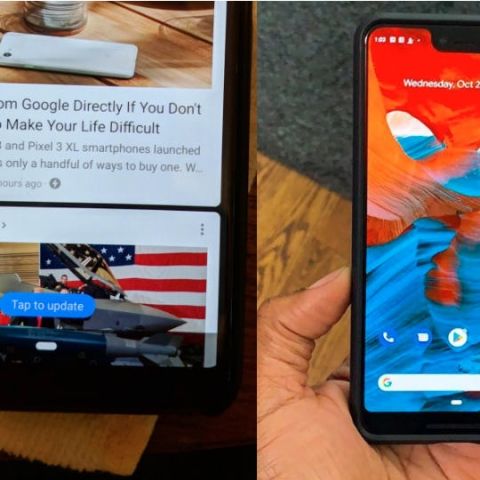 If you thought Google Pixel 3 XL’s big and bulky notch was enough to put you off, you were wrong. While several handset users (hilariously) reported that their devices grew another notch on the sides of the display, some were really annoyed at the glitch. The virtual notch was not seen at one particular position, and while some said it appeared on the left edge, some side the second notch grew on the right side. Luckily, Google is aware of the problem and says that it will fix it soon.

The problem was first reported by UrAvgConsumer who posted a tweet on October 25. Although there is no exact explanation of what caused this glitch, according to Slashgear, there is a possibility that a rogue developer settings could have been enabled. This might have confused the auto-rotate on the phone possibly causing the faux notch stuck in the wrong place. The tech news platform says that Android offers coders the ability to add a virtual notch to their phone so that they can test under development apps to see how they work when run on a device with a notch on the screen.

According to AndroidPolice, Google reached out to them to let the publication know that “not only is the company aware of this highly anomalous behaviour, but that a fix should be coming soon”. Google launched the third generation of Pixel smartphones on October 9. In our review, we listed the notch as one of the cons of the smartphone. The notch contains the earpiece which doubles up as one half of the stereo speaker setup, neatly sandwiched between two front-facing cameras.