The images hint at a notched display on the larger Pixel 3XL smartphone, again. 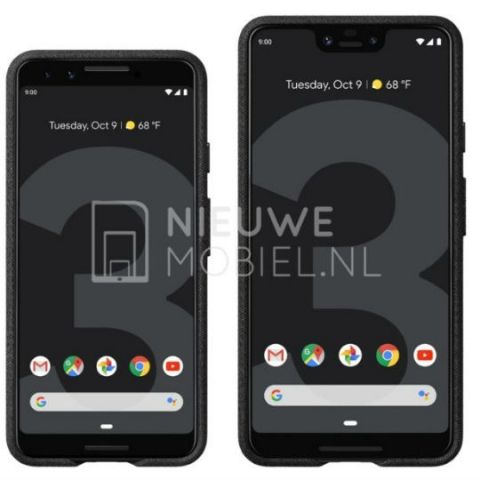 Google will soon unveil its Pixel 3 smartphones next month on October 9 but ahead of the launch, the devices have leaked in what is claimed to be official press renders. NieuweMobiel claims to have obtained the first press images of the Pixel 3 and the Pixel 3XL, which contrary to the reports of Google releasing fake rumours, hint at a notched display on the larger Pixel 3XL. In line with the previous reports, the smaller Pixel 3 is seen without a notch on top of its display and both the phones can be seen with the Carbon version of the fabric cases that were made available the Pixel 2 series of smartphones. There is also an image of the two smartphones from the rear that suggests that Google might stick to a single camera setup. The fingerprint sensor is also placed on the device’s rear. 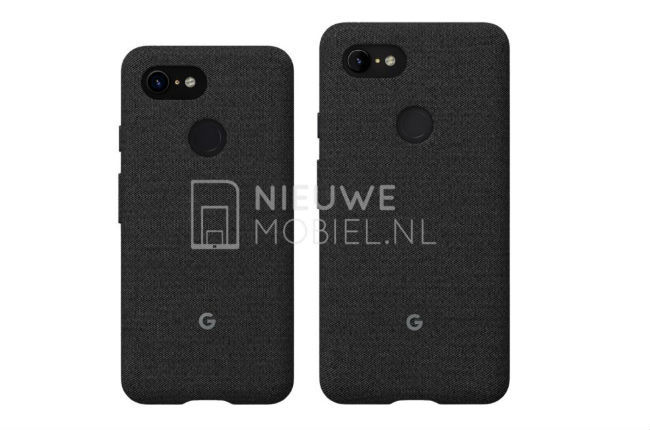 A previous report tipped that Google might release the upcoming Pixel 3 smartphones in three colours. The company has hosted a teaser page for the devices and clicking on the company’s ‘G’ logo inside the phone’s outline toggles the theme between black, white, and mint colours, suggesting that these are the colour options the new flagships will get. There are rumours that Google might also launch the devices in a fourth colour that was discovered in the source code of the teaser page. Tagged as coming soon, the fourth colour for the Pixel 3 series could be pink or ‘rose gold’ as the industry likes to call it.

The Google Pixel 3 XL was recently spotted on YouTube in a professional unboxing video by a Ukrainian Youtuber and the device is also reportedly selling in the black market for as much as $2,000. You can read more about that leaked Pixel 3 XL unboxing  here.