Images of three colour variants of the Google Pixel 3 and Pixel 3 XL have been leaked showing the devices in White, Black and a light shade of Pink. 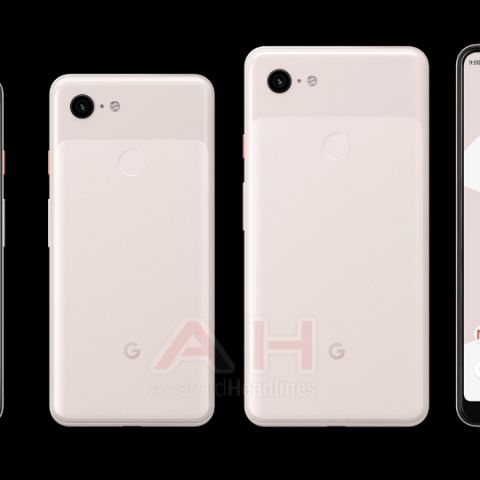 In the run-up to the Google Pixel 3 smartphone launch event on October 9, a third colour of the Pixel 3 and Pixel 3 XL smartphone has been leaked. What's being called “Sand” is actually a light Pink shade. With this leak, it is assumed that Google will launch the smartphone in three colours: Clearly White, which has been seen in most of the rumours, Black that was recently shown in a leak and Pink. It is also reported that Google will launch all these colours for both the smartphones, unlike last year, when the company launched three colours for Pixel 2 and only two colours for Pixel 2 XL.

Android Headlines shared the images of all three Pixel 3 colour variants and claimed that these official renders have been provided to them by a reliable source. The tech news platform also claims that Google will launch only two smartphones the Pixel 3 and the Pixel 3 XL. This could put to rest all the leaks which claim that Google may launch a Pixel Mini and/or Pixel Ultra. Even Google teased the idea of a Mini variant when it posted an image on Instagram asking people, how small do they think the alleged Pixel 3 Mini would be. 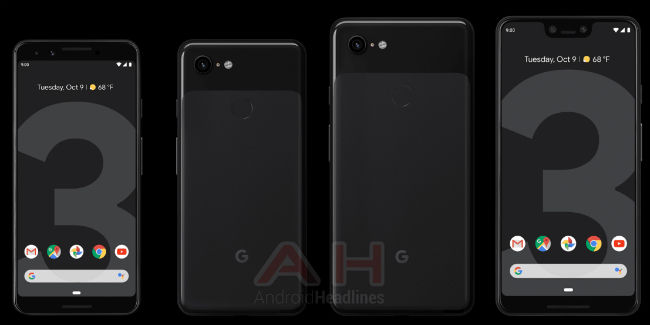 A recent report claimed that Google might launch Mint coloured Pixel 3 and Pixel 3 XL smartphones and Google allegedly revealed that the colour option that will be available on its new Pixel 3 smartphones in a teaser page. On the page, the company’s G logo is seen inside a phone whose outline toggles between Black, White, and Mint colours, suggesting that these are the colour options the new flagships will get. Android Headlines claims that there will not be a Mint color, “at least not at launch,” though the ‘Clearly White’ colour shows a Mint coloured power button. Speaking of which, the alleged Pink coloured device will sport a deeper Pink power button.

The Pixel 3 XL is tipped to sport a “notched” display, while the Pixel 3 is tipped to wear a Pixel 2 XL-ish design. From the back, both the phones look identical with a single camera and a flash that are located on the top left corner of the smartphone. There is a fingerprint sensor which is centrally located on the back panel. The back panel also has the “G” written towards the bottom end. The Pixel 3 is expected to sport a 5.4-inch AMOLED display with 2160x1080 resolution, while the Pixel 3 XL might come with a 6.7-inch AMOLED display with a resolution of 1440 x 2960. Both the devices are expected to be powered by a Qualcomm Snapdragon 845 chipset and have 4GB of RAM. There is no information on the storage options available with the new smartphones. 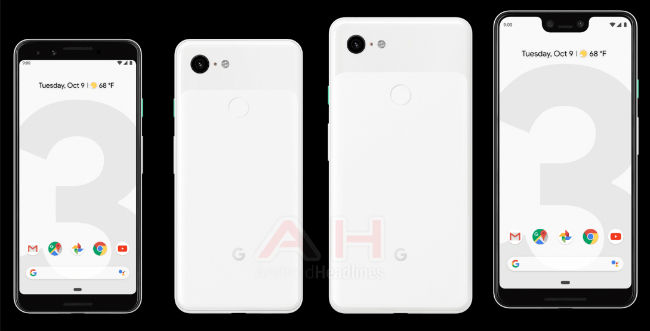 The camera duties may be put on 12MP rear camera with f/1.8 and f/2.2 variable aperture. On the front, it’s expected that there will be two front-facing shooters on both the phones with 8MP sensors each. The front shooters may come with a static f/1.8 aperture. The battery on the Pixel 3 XL is expected to have a 3,430mAh capacity, while the Pixel 3 could get a 2,915mAh battery. Both phones should run Android 9.0 Pie out-of-the-box. It is reported that Google will offer a wireless charging dock called the Pixel Stand with both the smartphones.