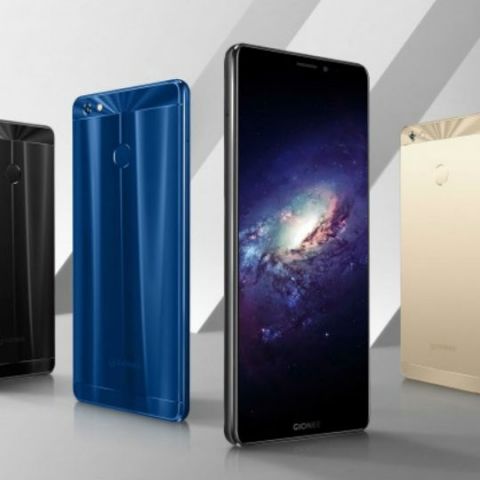 Gionee M7 Power with massive 5000mAh battery is set to launch in India on November 2. The smartphone was announced as a low-power variant of the M7 in Thailand last month. The handset is now making its way to India at a retail price of Rs 19,999, reports 91mobiles.

Gionee M7 and M7 Power are the first devices from the Chinese smartphone maker to get rid of huge bezels. The smartphone sports a 6-inch IPS LCD FullView display with a Full HD+ resolution of 1440 x 720 pixels and 18:9 aspect ratio. The smartphone is powered by Qualcomm's Snapdragon 435 chipset, coupled with 4GB RAM and 64GB internal storage. It also supports expandable storage up to 256GB via a microSD card slot.

Gionee has outfitted the M7 Power with a 13MP rear camera with autofocus and LED flash. There is an 8MP front camera and support for recording 1080p videos at 30 frames per second. The smartphone features a rear-mounted fingerprint sensor and runs Android 7.1 Nougat with company's Amigo 5.0 skin on top of it. The Gionee M7 Power supports connectivity options like Wi-Fi, Bluetooth, GPS, 3.5mm audio jack and uses the micro USB port.

The highlight of M7 Power is the huge 5000mAh battery, which is the trademark of Gionee's M series smartphones. The use of a larger battery also means that M7 Power is considerably thicker at 8.6mm. The smartphone supports 4G LTE and could be launched in blue, black and gold colour options. Gionee M7 Power is launching here on the same day when Oppo will make its selfie-centric F5 official for the Indian market and Xiaomi is set to introduce an all-new selfie series.