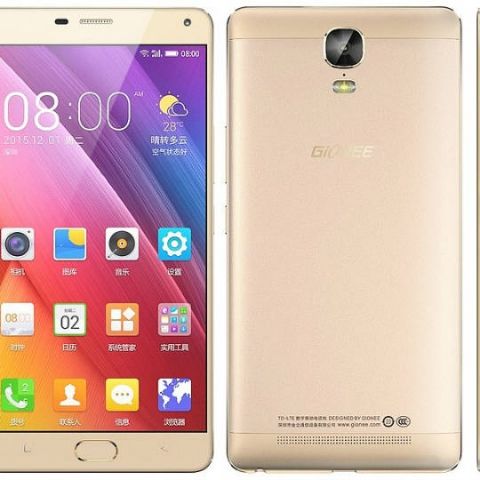 Gionee has launched two new Marathon series phones called the M5 Plus and M5 Enjoy in China. The Marathon M5 Plus comes with a 6-inch Full HD AMOLED display, with a fingerprint sensor located on the home button. The phone also boasts of a large 5020mAh battery and is powered by an octa-core MediaTek MT6753, with 3GB of RAM. There is 64GB of onboard storage which can be expanded to 128GB via a microSD card. At the back is a 13MP camera while at the front is a 5MP selfie shooter. The device also supports fast charging via a USB Type-C connector. The phone runs Android Lollipop v5.1, with Gionee’s Amigo OS layered over it. The Marathon M5 Plus is priced at CNY 2,499, which is about Rs. 25,600.

The Marathon M5 Enjoy comes with a 5.5-inch HD TFT display and a 5,000mAh battery. Like the M5 Plus, the Enjoy also comes with a fingerprint scanner. A quad-core MediaTek MT6735 SoC, with 3GB of RAM powers the device. There is an 8MP camera located on the rear of the phone with a 5MP front facing camera. The phone comes with 16GB of onboard storage which can be expanded via a memory card and runs Android Lollipop v5.1 with Amigo OS layered over it. The Gionee Marathon M5 Enjoy is priced at CNY 1,999, which is approximately Rs. 20,500. 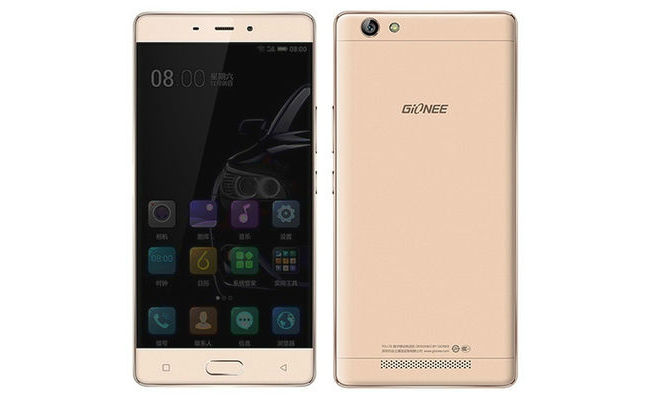 Gionee launched the Marathon M5 in India last month for Rs. 17,999. The phone comes with a huge 6020mAh battery, which Gionee claims is enough for 65 hours of talktime. The phone is also capable of charging two other phone via reverse charging. Other specifications of the device include- a 5.5-inch HD AMOLED screen with a 1.3GHz MediaTek MT6735 SoC plus 3GB of RAM. The phone also has 32GB of onboard storage, which can be expanded to 128GB. At the back of the phone is a 13MP camera with a 5MP front camera. The device also houses an IR blaster and runs Android Lollipop v5.1 with Amigo 3.1 layered over it.