The increase in price of the Galaxy Note 9 could be attributed to improved capabilities of the S-Pen stylus, including Bluetooth support, and the camera. 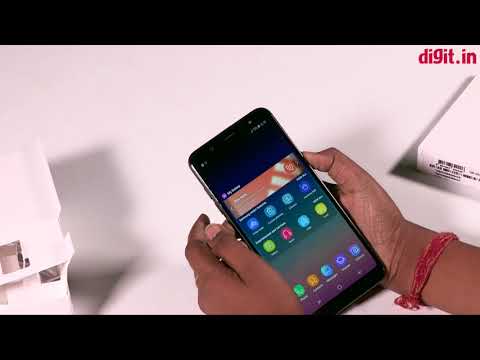 Last year when Apple launched the iPhone X for $999 in the US, it raised the bar for the premium segment. Although the price affected its market share, it gained Apple ample distinction from its competitors. The move also gave a chance to the rivals to make the most of the situation by selling their flagship devices cheaper than the iPhone X. This might change soon, starting with the Samsung Galaxy Note 9. While Apple is reported to be launching cheaper iPhones this year to fill the revenue and shipment gap caused by the iPhone X, Samsung is looking to take a leap in pricing as well as the base storage variant of it upcoming Galaxy Note 9 smartphone

According to a report by Sam Mobile, the Galaxy Note 9 will have a 128GB storage base variant. In comparison, the Galaxy Note 8 was launched with 64GB as the base model. The report goes on to reveal that there will be another 512GB variant of Galaxy Note 9 which will reportedly be priced at a whopping 1,250 euros (approx $1,460) in Europe. It is noteworthy is that in the UK, the 64GB iPhone X costs $1,330, while the 256GB variant costs $1,529. In Germany, the iPhone X costs $1,376/$1,579 and in Italy, it's about $1,425/$1,629. Although the Galaxy Note 9’s prices is not as high as iPhone X’s global price, it’s a lot of money to shell out. The prices for the device in other markets such as India will definitely differ from its European price.

The increase in price of the Galaxy Note flagship this year could be attributed to improved capabilities of the S-Pen stylus and camera. The S-Pen will reportedly have bluetooth capabilities and will help users control music playback as well as take group photos. In terms of camera, the Galaxy Note 9 is tipped to sport the same camera as the Galaxy S9+, which is one of the best cameras in the market right now. At the back, the phablet is likely to sport a dual-rear camera setup with two 12MP sensors, both of which feature OIS. At the front of the device is an 8MP camera. Add to that, a 6.3-inch QHD+ Super AMOLED display is expected on the phone. Reports have also suggested that Samsung may also launch a variant with 8GB RAM.

In terms of design, the Galaxy Note 9 looks a lot like its predecessor, the Galaxy Note 8 from the front, however, Samsung seems to have redesigned the rear panel and placed the fingerprint sensor below the horizontally stacked dual-camera module. The phone will most likely be powered by the company’s flagship, Exynos 9810 SoC, with the US variant being powered by a Snapdragon 845 chipset. The Samsung Galaxy Note 9 is expected to be unveiled on August 9. Reports suggest that Samsung may also unveil a new wearable, called Galaxy Watch, as well as a wireless fast dual charging module, Wireless Charger Duo, alongside the Galaxy Note 9.