Samsung Galaxy Note 9 teardown: How Samsung was able to fit a bigger battery, cooling tech in Galaxy Note 8-like casing 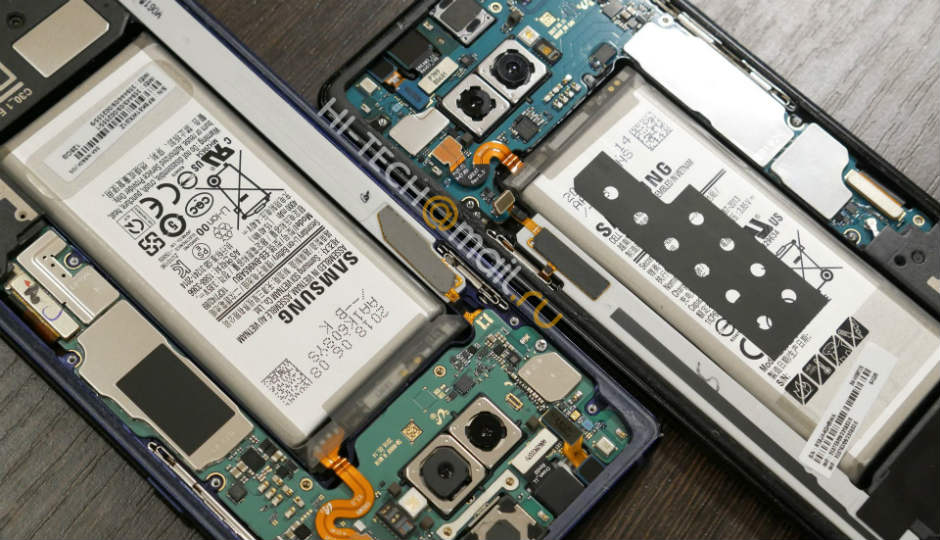 Samsung Galaxy Note 9 teardown: How Samsung was able to fit a bigger battery, cooling tech in Galaxy Note 8-like casing

Except for making the Galaxy Note 9 official, Samsung's 'Unpacked' event had little to offer in terms of new information because almost everything about the specifications and features of the Galaxy Note 9 was already available on the internet thanks to multiple leaks. Hunting for some new information, some folks in Russia have already performed a teardown of the smartphone. They claim that the Galaxy Note 9 may be similar to its predecessor from the outside but from the inside, it looks like a well-thought device.

The two major upgrades Samsung announced for the Note 9 during its two-hour launch event were bigger battery and cooling tech to control the excessive heating of the processor. Although, the Galaxy Note 9 has an overall size similar to its predecessor, it still packs a larger battery (3,600 mAh in Galaxy Note 8 and 4,000mAh in Galaxy Note 9). This means that the new model's battery takes up more space inside than its predecessor’s and for that Samsung has shrunk other circuitry in the latest phablet to accommodate the larger battery.

The other main problem that users face is the excessive overheating. For this, the South Korean giant has introduced the Water Carbon Cooling technology to keep the phone cool during intense usage sessions. The Galaxy Note 8 had a copper tube to dispense the heat generated from the processor. The Galaxy Note 9 has a copper plate to dispense the heat. Since the surface area is more, it will dispense more heat out keeping the phablet relatively cool. 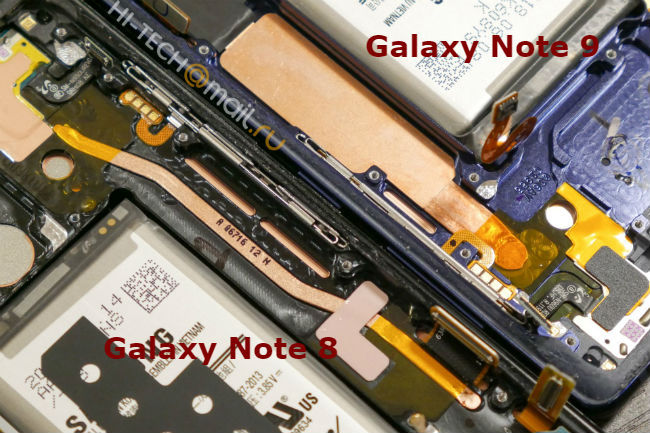 Apart from that, the S Pen housing inside the phone is more sturdy and is less likely to break. The motherboard is slightly smaller than its predecessor but the AKG-tuned speaker, which comes with Dolby Atmos tech, is larger in size. The company has reportedly brought down the repairability as well as replaceability cost of the components. The increase in the base price of the phablet is due to the innovation and engineering introduced in it. The weakest part is the curved display. It demands extreme caution as it is one of the most expensive part to replace.

The Galaxy Note 9 is launched with a 6.4-inch Quad HD+ Super AMOLED display. It is powered by a Qualcomm Snapdragon 845 10nm 64-bit Octa-core processor and runs on Android Oreo 8.1. There is an on-device AI-based tech that adjusts the performance algorithm so that the phablet delivers powerful and stable performance. The phone is available in two variants, 6GB RAM + 128GB storage and 8GB RAM + 512GB storage. Both the phablet variants support a 512GB MicroSD card support.

The S Pen stylus now comes with bluetooth capabilities. With Bluetooth Low-Energy (BLE) support, users can click the button on the stylus and take selfies, group pictures, present slides, pause and play music, and more. In the camera department, the Galaxy Note 9 comes with a dual-camera system with Dual OIS on the rear. The 12MP wide-angle sensor has F1.5/F2.4 variable aperture and the 12MP telephoto lens has a F2.4 F-spot. The front camera has an 8MP sensor with F1.7 aperture. The Galaxy Note 9 supports fast wireless charging and is IP68 rated.