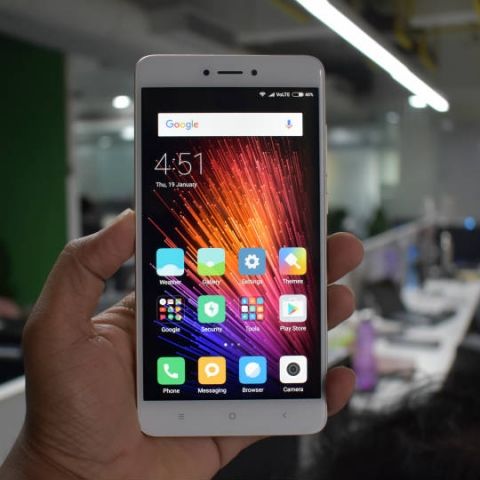 Flipkart is holding its ‘Big Redmi Note 4 Sale’ today, which start at 12PM. During the event, the company is giving a bunch of discounts on the smartphone including exchange offers of up to Rs. 12,000 for the 64GB variant and up to Rs 10,000 for the 32GB variant. This means that users could pick up the device for Rs 999 during the sale. Other offers during the sale include EMI facilities as well as a buy back guarantee on the device. Further, the company is also offering Rs 500 off on the Mi Air Purifier. 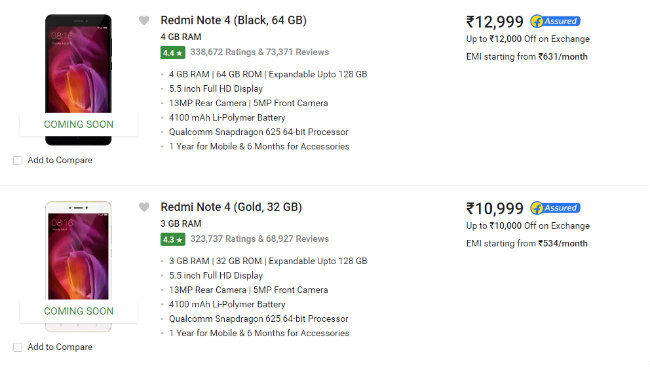 The sale is held to celebrate the 6-month anniversary of the Redmi Note 4 launch in India. The device was launched back in January and is a successor to the success Redmi Note 3 smartphone. Like its predecessor, the new device offers a 5.5-inch Full HD display. However, the Redmi Note 4 is powered by Qualcomm’s Snapdragon 625 platform. At the back of the device is a 13MP camera, while at the front is a 5MP unit. The device is equipped with a 4100mAh battery and the company claims it can deliver up to 20 percent more battery life as compared to its predecessor. The phone was launched with Android Marshmallow, and it is confirmed to get the Nougat update. However, the exact date when the update will be rolled out is not yet known. The device is available in three variants. The 2GB RAM/16GB storage variant is priced at Rs 9,999, the 3GB RAM/32GB storage variant is priced at Rs 10,999 and the 4GB RAM/64GB storage is priced at Rs 12,999.

You can read our full review of the Xiaomi Redmi Note 4 here.