The Energiser Power Max P18K Pop smartphone is extremely thick thanks to the large battery. Under the hood, it has the Helio P70 chipset coupled with 6GB of RAM. 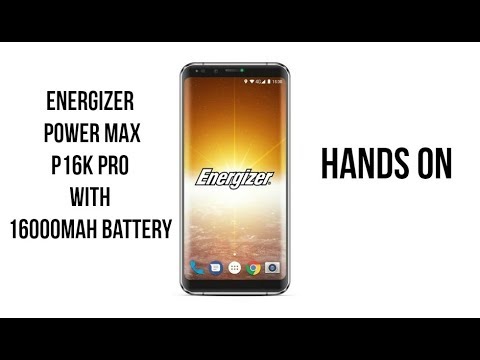 If battery life is of utmost importance to you then you can consider the Energiser Power Max P18K Pop. The 18K in the name doesn’t stand for 18k gold, rather the massive 18,000mAh battery that is powering the device. Yes, the smartphone has an 18,000mAh battery and as you can imagine, this makes the phone extremely thick. To put things into perspective, the smartphone is 3 to 3.5 iPhones thick. The battery on the Energiser Power Max P18K Pop is said to last for 200 hours of video playback, or 50 days of standby time. Energizer also says that the device supports fast charging. This is great but remember that the phone will take 8 to 9 hours to reach full charge.

Speaking of the specifications of the smartphone, it is powered by the Helio P70 chipset coupled with 6GB of RAM. At the back, the smartphone has a triple camera setup, which consists of a 12MP+5MP+2MP setup. The front has a dual selfie camera which is a 16+2MP popup camera. When it comes to storage, the device has 128GB built-in storage. It also sports a fingerprint sensor. The P18K is a dual-SIM smartphone. It has a 6.2-inch, Full HD+ display with an aspect ratio of 18:9 and is running on Android 9 Pie out of the box. According to Android Authority “The Power Max P18K Pop price will be set at 599 euros (Rs 49,000 approx. directly converted) when it’s launched in Europe this June”. There is no information on whether the device will make its way to india.

Having a smartphone with a 4,000, 5,000 or even a 5,300mAh battery is quite common. We have seen a few exceptions bringing in a larger battery, but an 18,000mAh battery is a first. Energiser may be trying to solve the battery problem in smartphones, but a lot of smartphone makers have taken a different route this year at MWC 2019. Samsung, Huawei, TCL and more have shown off their foldable phones at the event. And while these are all prototypes, some of the companies expect to ship these foldable phones to customers in 2019 itself. Could foldable phones be the next big evolution to smartphones?