The note ban hit manufacturers across the spectrum -- especially domestic handset makers who primarily rely on cash sales in smaller cities and towns. 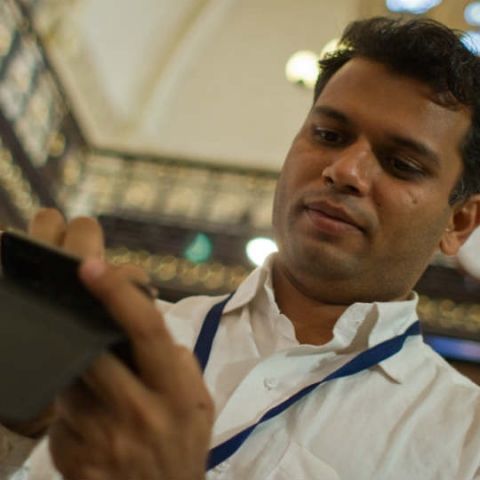 The first three quarters of 2016 were going just great and smartphone players had raked in super profits right up to Diwali -- then demonetisation caught them by surprise, as it did others.

The note ban hit manufacturers across the spectrum -- especially domestic handset makers who primarily rely on cash sales in smaller cities and towns.

The subsequent cash crunch resulted in smartphone sales falling by 30.5 per cent (month-on-month) in November over the October festive season.

According to global market research firm International Data Corporation (IDC), Indian vendors were affected the most -- with a drop of 37.2 per cent in November -- as compared to Chinese players with a 26.5 per cent drop and global vendors with 30.5 per cent drop over the previous month.

When contacted by IANS, Indian vendors Micromax and Intex declined to comment.

In the fourth quarter (Q4) of 2016, smartphone shipments clocked 25.8 million units -- registering similar volume as that of 2015 but declining sharply by 20.3 per cent over the previous quarter owing to demonetisation, which led to relatively lower consumer sales in November and December.

The sales, however, picked up in 2017 and smartphone players heaved a sign of relief as the cash flow got better.

"In the first quarter of this year, the smartphone shipment was 26.5 million units while in the second quarter, it was 28.4 million units," Prabhu Ram, General Manager, Industry Intelligence Group (IIG) at CMR, told IANS.

Local brands like Micromax and Lava grew 41 per cent and 24 per cent (QoQ) in the smartphone segment in the third quarter this year, respectively, recovering from their all-time low during demonetisation last year.

Global vendors, led by Samsung, were able to withstand the aggressive Chinese players post-demonetisation owing to their good distributor coverage and penetration in the Indian market.

"The overall industry sentiments were pulled down after note ban, having an impact on smartphones as well. People had tightened their fists and spending was at its lowest ebb," Faisal Kawoosa, Principal Analyst, Telecom and ESDM, CyberMedia Research (CMR), told IANS.

The industry proactively adjusted the smartphone shipment, scaled down advertising and marketing to the lowest possible levels and resorted to a "wait and watch" policy.

"As soon as the market momentum regained, they flooded the market with new offerings, advertising, marketing as well as promotions that synced up very well with the festive season. And thus we saw a strong comeback," Kawoosa added. But the impact of demonetisation will be felt when 2017 comes to a close.

According to the market research firm Gartner, there will be a two per cent drop in the Indian government's IT spending this year owing to demonetisation and a drop in industrial production.

"The two percent revision in our outlook is primarily due to the effects of demonetisation and a drop in industrial production," Moutusi Sau, principal research analyst at Gartner, said in a statement recently.