Coolpad launches offline exclusive Coolpad A1 and Coolpad Mega 4A smartphones for Rs 5,499 and Rs 4,299

The Coolpad A1 and the Coolpad Mega 4A are the first phones from Coolpad after its split with LeEco. 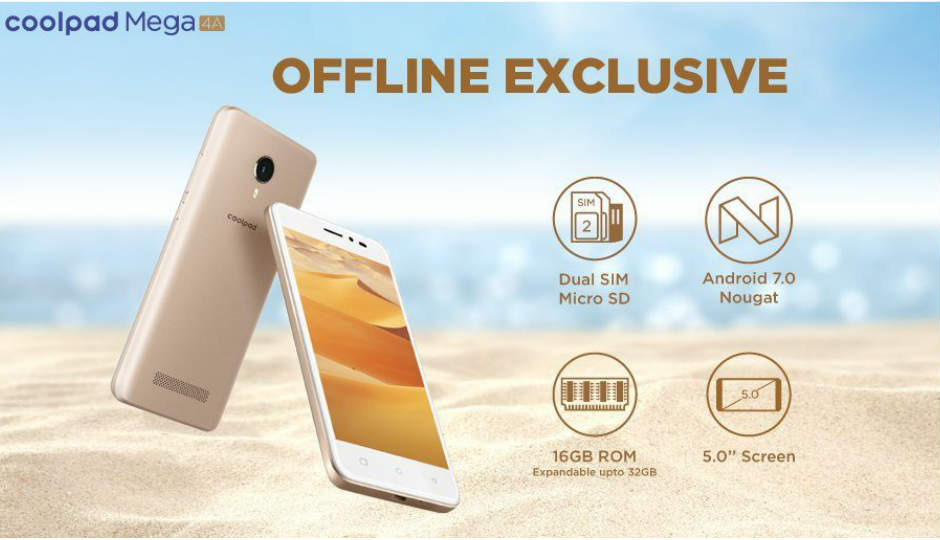 Coolpad launches offline exclusive Coolpad A1 and Coolpad Mega 4A smartphones for Rs 5,499 and Rs 4,299

The Coolpad A1 sports a 5-inch HD display and a curved-back with a gold colour finish. On the back is an 8-megapixel camera while the front has a 5-megapixel shooter. The phone runs on Android 7.1 Nougat. The phone will be available in 3000 multi-brand retail stores from April 12 onwards in eight states — Andhra Pradesh, Uttar Pradesh, Maharashra, Karnataka, Tamil Nadu, Telengana, Haryana and Delhi NCR. Powering the phone is a Snapdragon 210 1.1Ghz quad-core chipset coupled with 2GB RAM, 16GB storage and a 2,500mAh battery. There’s 4G connectivity as well.

The Coolpad Mega 4A also features a 5-inch full HD display and comes in gold colour, with a 5-megapixel rear camera and a 2-megapixel front camera powered by Android 7.1 Nougat. Under the hood is a Qualcomm Spreadtrum SC 9832 chipset which has a 1.3GHz quad-core processor alongside 1GB of RAM and 16GB storage. The phone has a 2,000mAh battery and will be available starting April 12 across all the above mentioned states.