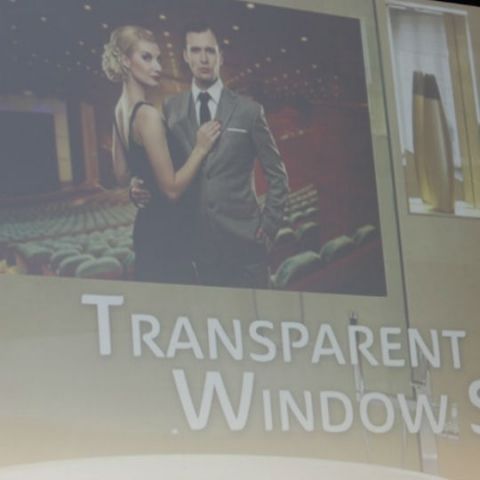 There has been a lot of display technology shown off at the CES this year, but Panasonic is taking a step beyond all others. The company announced that it has developed transparent window displays, which can be installed in office meeting rooms and at other locations. The displays were announced at the Japanese company’s press event at CES 2015, ongoing in Las Vegas right now.

According to Panasonic, business executives can present slides on these displays and the company can even turn big store windows into the aforementioned displays. This would offer you information about your products, beyond what is showcased via mannequins etc.

These displays can also be put up on walls and other areas. The displays are still in the concept stage though, but the Japanese consumer technology company will be working on it in the future.

Display technology has been big at CES this year, with HP unveiling its first 5K display, while Lenovo brought the ThinkVision X24 1080p display. In addition, Samsung showcased its SUHD display technology for televisions as well.