BlackBerry tries again, this time with the DTEK50 smartphone 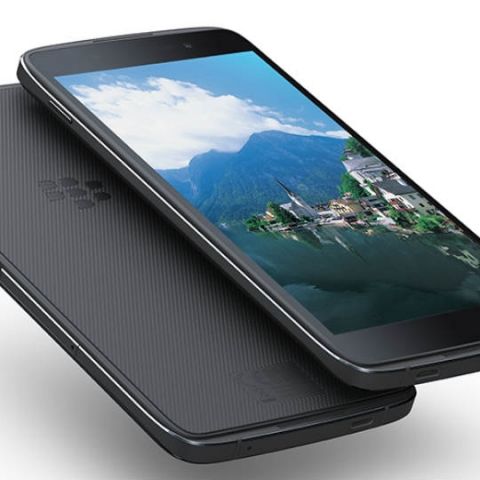 BlackBerry calls it the World's Most Secure Android phone.

Once smartphone giant, BlackBerry, has launched the BlackBerry DTEK50 smartphone, calling it the world’s most secure Android smartphone. The device can be pre-ordered in US, Canada, UK, France, Germany, Spain, Italy and The Netherlands. It costs $299 (approx. Rs. 20,000). The BlackBerry DTEK50 runs Android 6.0 Marshmallow and is an all-touch smartphone. According to BlackBerry, the DTEK50 encrypts all user information on the phone, and has built-in malware protection, along with back-up, wipe and restore capabilities.

The DTEK by BlackBerry app is installed on the phone, which automatically monitors the OS and apps for suspicious activity. BlackBerry says the DTEK app tracks applications and notifies the user when someone or some app is taking pictures or video without their knowledge, or turning on the microphone etc. The DTEK50 also has a Secure Boot Process, which verifies each step of the boot process before proceeding. This seems similar to the recently announced malware check on Android Nougat.

The DTEK50 is also BlackBerry’s thinnest smartphone ever, and has a 5.2 inch FHD display, with a 13MP camera on the back. The camera features Phase Detection Auto Focus mechanism and is accompanied by a dual-tone LED flash. The device also has a Qualcomm Snapdragon 617 SoC, along with 3GB of RAM and 16GB internal storage, which can be expanded up to 2TB. It’s availability in other markets will be announced at a later date. Essentially, the smartphone seems to be a toned down version of the BlackBerry Priv, which also had the DTEK app, and pretty much the same features. The Snapdragon 617 on the DTEK50 is of course slower than the Priv,