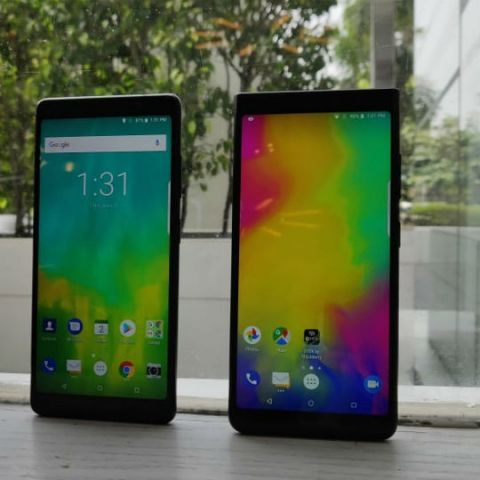 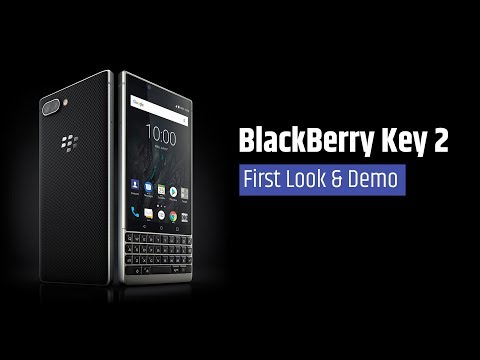 Optiemus Infracom Limited, the company that has rights to manufacture and sell BlackBerry branded smartphones in India, has launched the BlackBerry Evolve and the BlackBerry EvolveX smartphones for Rs 24,990 and Rs 34,990, respectively. The Evolve series devices bring together the power of Android and the trusted security of BlackBerry. The company says that, as a part of its commitment to government’s “Make In India” initiative, the phones have been designed and manufactured at Optiemus’ Noida facility. The smartphones sport full-view display with an 18:9 aspect ratio, Dolby Surround Sound, dual-cameras, and quick wireless charging technology.

Additionally, the Evolve and EvolveX come with features like facial recognition, encrypted with secure technology and a fast fingerprint unlock functionality. BlackBerry has incorporated enterprise-grade security and privacy, with its device security implementation, using additional measures from the kernel level all the way up to the application layer of the devices, including support for DTEK by BlackBerry application.

“BlackBerry today is a software company that secures the Enterprise of Things. Our strategy to partner locally and license the design and manufacture of secure Android BlackBerry smartphones continues to gather momentum with this latest launch by our partner, Optiemus Infracom.  We are excited to further expand on our partnership to deliver the trusted and secure BlackBerry experience that customers know and love, designed and manufactured in India for Indian customers,” Alex Thurber, SVP and GM of Mobility Solutions at BlackBerry, said.

Both the devices come loaded with BlackBerry Hub - a messaging inbox which combines emails, texts and messages from social media accounts including Facebook, Twitter, LinkedIn, BBM, WhatsApp, Instagram and other services. 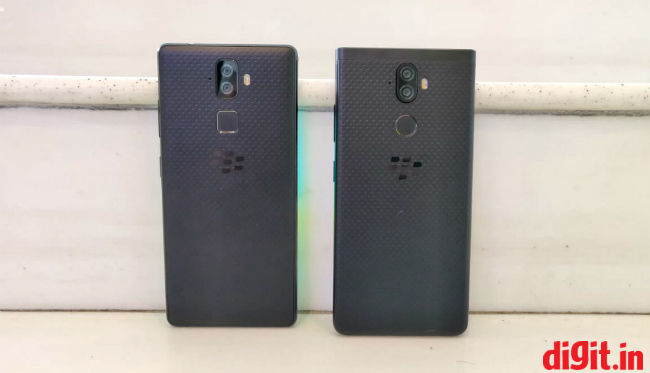 The BlackBerry EvolveX will be exclusively available on Amazon.in from August end and the BlackBerry Evolve will be available from mid-September. The phones come bundled with a cashback offer of Rs. 3,950 from Reliance Jio and ICICI bank credit card offer of five percent instant cashback on EMI transactions along with additional launch benefits.

The BlackBerry EvolveX sports a 5.99-inch IPS LCD display with 1080 x 2160 resolution and an 18:9 aspect ratio. The display is protected by 2.5D Corning Gorilla Glass 5. There soft touch back panel is coupled with grade-7 aluminium frame for durability. The fingerprint sensor is placed on the back below the cameras and above the BlackBerry branding. Powered by a Qualcomm Snapdragon 660 64-bit Octa-Core processor (four cores clocked at 1.8 GHz while the remaining are clocked at 2.2 GHz), the phone comes in just one variant, 6GB RAM+64GB storage which can be expanded up to 2TB. It runs on Android 8.1 Oreo OS. BlackBerry EvolveX is equipped with Dolby Atmos to deliver rich 3D surround sound. The audio technology on the BlackBerry Evolve X aims to deliver a crisper dialogue, enveloping sound fields, greater subtlety and nuance, maximized loudness without distortion and consistent playback volume across all content types. Of course, all this will be tested when we review the device.

In the optics department, the smartphone has a dual-camera setup with Dual Tone LED flash at the back. The primary camera has a 12MP lens with f/1.8 and the secondary 13MP camera comes with f/2.6 aperture. On the front, the BlackBerry EvolveX sports a 16MP with f/2.0 aperture. Equipped with a massive 4000mAh battery and Qualcomm Quick Charge 3.0 technology, the Blackberry EvolveX comes with wireless charging and the company claims that “the battery that can last hours with a few minutes of charge.”

Similar to the EvolveX, the BlackBerry Evolve offers a 5.99-inch IPS LCD display with an 18:9 aspect ratio. The smartphone is powered by Qualcomm Snapdragon 450 Octa-Core 64-bit processor clocked at 1.8Ghz. Evolve runs on Android 8.1 Oreo OS. It comes in a 4GB RAM + 64GB storage variant. The memory is expandable up to 256GB. It supports the face unlock feature and comes with a fingerprint sensor. In terms of optics, Evolve sports two 13MP+13MP cameras with dual tone LED flash on the back. The rear-camera can record videos in 2K quality. On the front, there is 16MP wide angle camera with with tetracell technology which lets the sensor take brighter photographs in the dark and more detailed ones in well-lit environments.