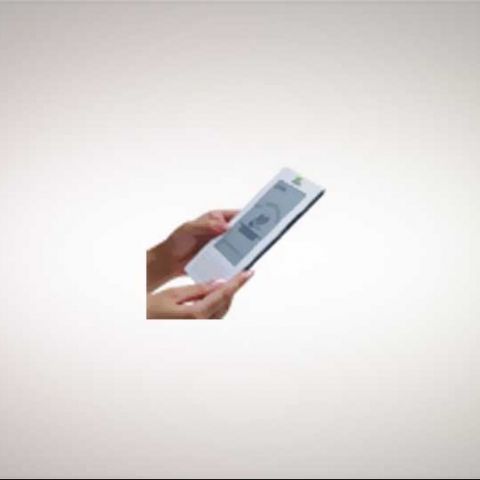 Bangalore-based EC Media International has finally announced the release of its e-reader tablet, a device we covered on Digit TV a while back. Starting at Rs. 11,490 for the WiFi only device (Wink XTS), the e-reader will get a running start with more than 200,000 titles from inked content deals with publishing houses such as Harper Collins, Oxford University Press, Penguin, Permanent Black, and Roli. The Wink 3G will cost Rs. 14,990. The e-reader supports up to 15 modern Indian languages, and has a 6-inch 16-level grayscale e-ink display at 800x600 resolution, 400MHz ARM9 processor, 2GB onboard memory (expandable up to 16GB), WiFi, microSIM card slot, GPRS, 3.5mm audio jack, USB 2.0, audio/video playback support, and a 10 hour battery life (10,000 pages and 10 hours music).

Upcoming models include a 5-inch device named the Wink XTR, and a 9-inch touchscreen device called Wink 3G . EC Media has apparently also tied up with Croma to be its retail partner, and Redington as its distribution partner.

Check out our hands-on coverage of the Wink XTS below, and the e-book store and product site, here, where pre-orders are open. Shipping starts September 1st, 2010.

Out to make technology affordable, India’s got another low-cost Android tablet up its sleeve, made by Allgo, who’ve been showing off their technology for a while, and you can see the platform for the new $50 prototype, the Stamp, in the below video.

The Allgo Stamp tablet is supposedly full-featured device, sporting a 7-inch display with an 800x480 resolution, and a resistive touchscreen that’s built for stylus action, perfect for the classroom. It apparently costs $50 to manufacture, and can also be priced at the level with a minimum of 10,000 units ordered, which if you think about it, is more resourcefully made than a $35 government-subsidized 1 million units minimum tablet – accordingly, expect the specs to be less impressive than the amply-proportioned $35 tablet. At one million units ordered though, the Stamp can cost as low as $40.