The new Asus smartphones were seen listed on official the Asus Russia website as well as with a third party retailer in the country. 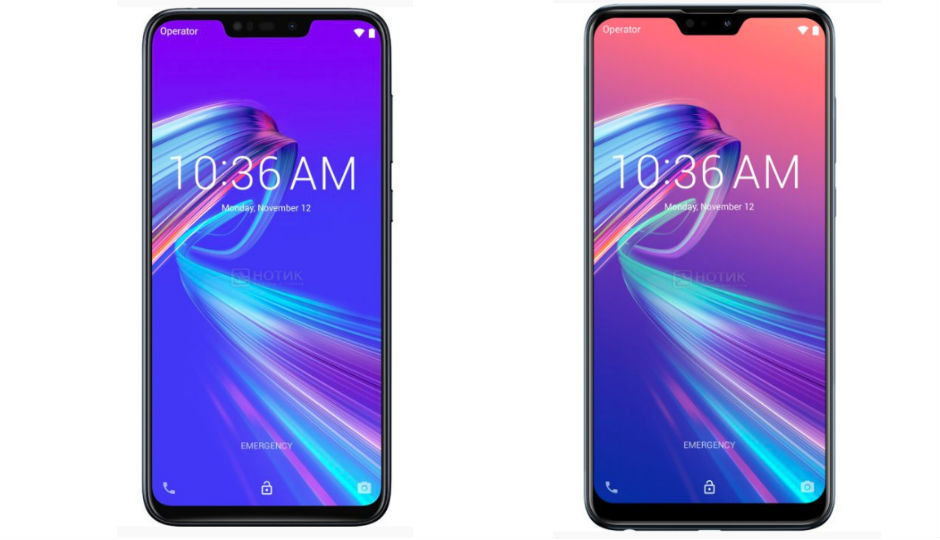 The Asus Zenfone Max M2 sports a 6.3-inch HD+ display with a notch and it offers a 1520x720 pixel resolution and an aspect of 19:9. It is powered by a 64-bit Octa-core Qualcomm Snapdragon 632 processor developed using a 14nm fabrication process. The device comes in only 3GB RAM and 32GB storage variant, and the company has included a dedicated MicroSD card slot for users if they want to expand the storage. In the camera department, the Asus Zenfone Max M2 features a dual camera setup on the back with an 8MP and a 2MP sensor. There is a 13MP selfie shooter, and the device runs on a 4,000 mAh battery.

The Asus Zenfone Max Pro M2 has the same design as its sibling but has more power under the hood. It features a 6.3-inch Full HD notched display offering a 2280x1080 pixel resolution. It is powered by an Octa-core 64-bit Qualcomm Snapdragon 660 processor which is developed on a 14nm fabrication process. Asus says that the processor has an intelligent acceleration function and Qualcomm AI Engine FinFET LPP energy-saving technology. This model is offered in 4GB RAM and 64GB storage and has three slots: two for SIM-cards and one for microSD card. The camera responsibilities are given to the 12MP + 5MP dual camera setup on the back and for selfies, Asus has incorporated a 13MP selfie shooter tucked in the notch. The device is backed by a whopping 5000mAh battery.

Asus has already announced that these upcoming smartphones will launch in India on December 11 and the Pro model will have the latest flagship Gorilla Glass 6. Asus is expected to pit the smartphone against the Xiaomi Redmi Note 6 Pro and the Realme 2 Pro. A few days ago, tipster Roland Quandt tweeted that Asus may bring some India-centric features in the smartphones.