The Asus ZenFone Live L1 smartphone comes in two variants, one with 2GB RAM which is running on ZenUI 5.0 based on Android Oreo and another one with 1GB RAM and Android Oreo (Go Edition) operating system. 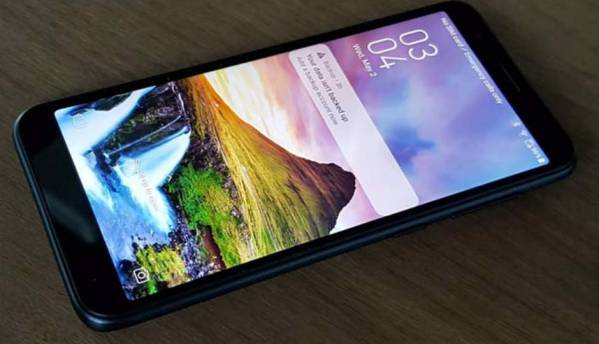 Asus has announced its first smartphone running on Android Oreo (Go Edition) called the ZenFone Live L1. The device has reportedly been unveiled in Indonesia and is slated to go on sale in the country by mid-May, but its price is yet to be revealed. Asus says that the phone will be released in Europe as well and it can also be expected to come to India in the near future as the Android Oreo (Go Edition) operating system is meant for less expensive phones that don’t have very powerful hardware and come at a lower price, aiming at first time smartphone buyers. The ZenFone Live L1 is quite different from what we have seen in standard Android Go devices, at least in terms of design. The Nokia 1, Micromax Bharat 1 and the Lava Z50 feature a similar rectangular blocky design with a 16:9 display aspect ratio, but the ZenFone Live L1 comes with a sleek design and a taller 18:9 display aspect ratio. It has been launched in Rose Pink, Midnight Black, Blue, and White colour variants.

In terms of specifications, the ZenFone Live L1 is powered by the Qualcomm Snapdragon 425 SoC platform, coupled with 1GB RAM and 16GB of internal storage, which can be expanded further up to 2TB via a microSD card. It features a 5.5-inch HD+ display with a 1440×720 pixel resolution. The phone comes in two variants, one which runs on ZenUI 5.0 based on Android Oreo and another one with the Android Oreo (Go Edition), and the former model comes with 2GB RAM. In terms of optics, the ASUS Zenfone Live 1 is equipped with a 13MP rear-camera with PDAF support and on the front it has a 5MP sensor with face unlock support. The dual-SIM smartphone is backed by a 3000 mAh battery and is LTE/4G compatible as well.

Asus also recently announced its Zenfone Max Pro M1 smartphone in India, which was available on pre-order on May 3 and will be again available on May 10. The device is directly competing with the Xiaomi Redmi Note 5 Pro and seems to have an upper hand, owing to the recent price bump on the Redmi Note 5 Pro. The Zenfone Max Pro M1 is the first smartphone by Asus to run on stock Android Oreo instead of the ZenUI. The 3GB RAM/32GB internal storage variant of the smartphone is priced at Rs 10,999, whereas its 4GB RAM and 64GB storage version costs Rs 12,999.

The Asus Zenfone Max Pro M1 is powered by the Qualcomm Snapdragon 636 SoC and sports a 5.99-inch IPS full HD+ Full View display. The display is also Trupallete and Ecopix enabled and the features are said to deliver better colour reproduction and contrast ratio respectively. In terms of optics, the Zenfone Max Pro M1 is equipped with a 13MP + 5MP dual-rear cameras and on the front, it comes with an 8MP sensor. The smartphone features a fingerprint sensor on the rear and is backed by 5000mAh battery. The dual-SIM handset features 5 magnet speaker and an NXP smart amplifier, which is said to enhance the device’s audio quality. You can read our review of the smartphone here.