Asus Zenfone 6 coming to India soon, to retail on Flipkart

The phone will sell on Flipkart.

It comes with a flip-camera which can be manually controlled. 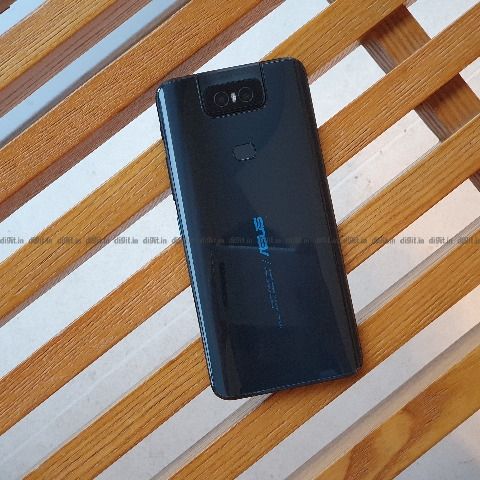 Last week, Asus launched its flagship, the Asus Zenfone 6 (First Impressions), for European markets, and the company has now announced the phone will launch in India soon. The phone will sell on Flipkart and the e-commerce platform has made a microsite dedicated to the Asus flagship device. It doesn’t give any new information and lists the specs and features of the device. The USP of the smartphone is its flip-camera, which can be manually controlled. The handset will now go head-to-head with the recently-launched OnePlus 7 Series of devices in India.

The Asus Zenfone 6 has the Qualcomm Snapdragon 855 chipset under the hood, and the SoC is coupled with up to 8GB LPDDR4X RAM and 256GB of UFS 2.1 onboard storage. The phone sports a 6.4-inch IPS LCD display that is claimed to deliver a 92 percent screen-to-body ratio. The display has over 600 nits of brightness with 100 percent DCI-P3 colour space coverage. As mentioned above, the phone's USP is its flip camera that swivels to double up as a selfie shooter. The swivel concept was recently used on the Samsung Galaxy A80. In the Zenfone 6, the whole module flips to become the selfie snapper. The module is claimed to be made of an amorphous alloy that Asus calls “Liquid Metal,” and users can control the angle of the module. It houses a 48MP Sony IMX 586 sensor paired with an f/1.79 aperture. There is a 13MP ultra-wide camera with 117-degree field of view, and it has a real-time distortion correction algorithm.

Additionally, the Zenfone 6 offers a triple-slot for two SIM cards and a memory card. The phone draws power from a massive 5,000mAh battery that comes with a Quick-Charge 4.0-certified 18W charger. The Asus handset features dual speakers paired with two smart amplifiers and it runs the custom ZenUI 6 interface baked on top of Android 9. It has a fingerprint sensor on the back. The Zenfone 6 will be available in two colour variants — Twilight Silver and Midnight Black.