A version of the Asus Zenfone 5Z running Android 9 Pie was spotted on Geekbench listings, suggesting that the update may be on its way. 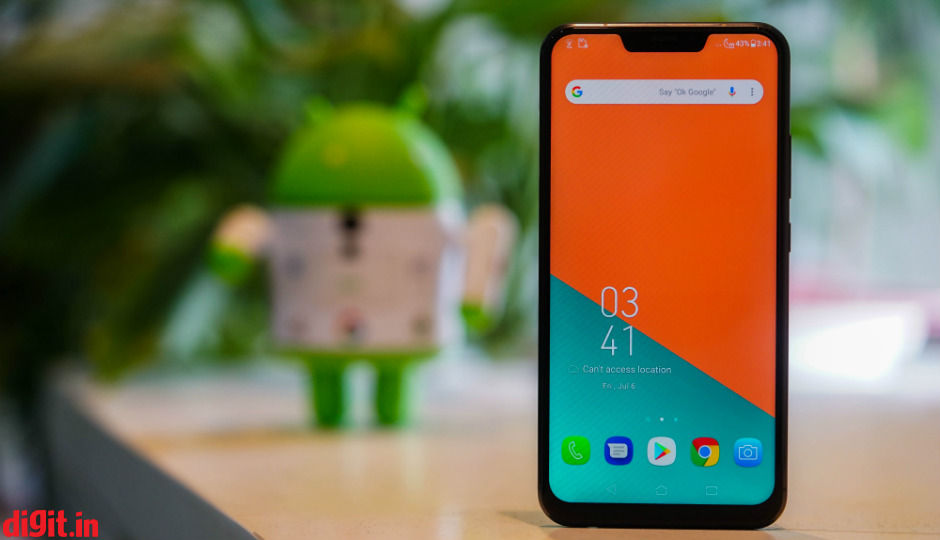 It looks like Asus’ current flagship smartphone in India, the Zenfone 5Z, may soon be updated to Android 9 Pie. A version of the smartphone running the latest version of Google’s mobile operating system was spotted on Geekbench suggesting that Asus may roll out the update sooner rather than later.

Google started rolling out the Android 9 Pie update to Pixel devices early last month and last week, it was reported that it was running on less than 0.1 percent of smartphones. Even then, some users reported a bug that caused the battery saver feature to turn on when the phone had 99% of charge. 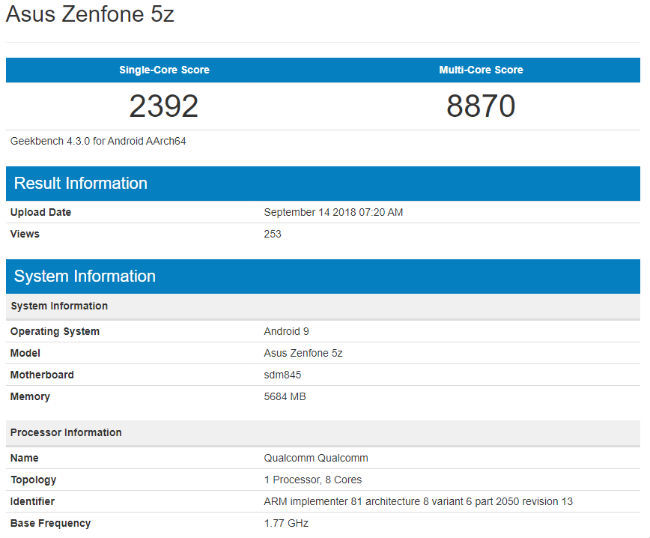 Coming back to the Asus Zenfone 5Z, the smartphone was launched in India back in July as a Flipkart exclusive. The smartphone features a 6.2-inch Full HD+ display with a 19:9 aspect ratio. It is powered by a Qualcomm Snapdragon 845 SoC and is available in three variants. The 6GB RAM/64GB storage variant was launched at 29,999, while the 6GB RAM/128GB storage variant is priced at Rs 32,999. The top of the line variant offers 8GB RAM/256GB storage and is priced at Rs 36,999. At the back of the phone is a 12MP + 8MP dual-camera configuration, whil at the front is a single 8MP unit. The phone packs a 3300mAh battery and features Qualcomm’s QuickCharge 3.0 tech for faster charging speeds.

You can check out our review of the Asus Zenfone 5Z here.