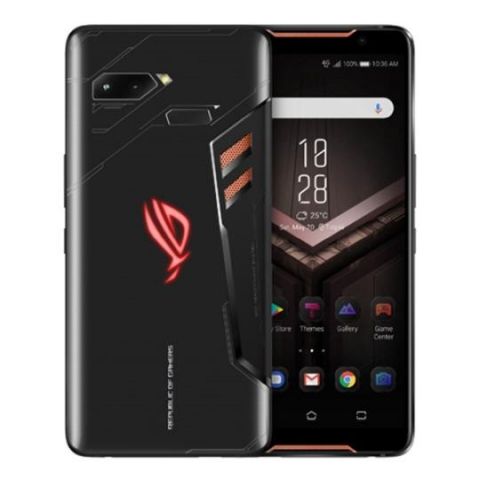 The phone could be aimed at gaming enthusiasts in China.

The company is reportedly partnering with Tencent to promote the upcoming phone.

Asus could focus the upcoming ROG phone launch in China and team up with Tencent to promote it.

Asus announced its ROG gaming smartphone in India late last year at a price of Rs 69,999. The company was determined to impress gamers with the Snapdragon 845 chipset-powered handset that featured a slew of features supporting gaming, along with accessories. A new report by Digitimes suggests that the company is planning to launch a successor to the phone by the third quarter this year. While there are no details about what new specifications and features the handset could bring to the table, the report suggests that the company is most likely to partner with Tencent to promote it in China.

“If the cooperation with Tencent is realized, it could provide a lifeline to Asustek's embattled smartphone business, said the sources, although profits generated from gaming smartphone models are still not significant,” the report states. Asus announced a change in its strategy back in December 2018 to shift focus from entry-level and mid-range smartphones to high-end smartphones to cut back on losses. The news of the company's partnership with Tencent isn’t that surprising since the PC peripherals and gaming smartphone maker Razer also announced that it was working with Tencent on a number of initiatives related to smartphone-based games that will cover software, hardware and services.

As for the company’s first gaming smartphone, the handset features a 6-inch AMOLED HDR display with a 90hz refresh rate. It runs on an overclocked 2.96Ghz “speed-binned” Qualcomm Snapdragon 845 chipset with a Qualcomm Adreno 630 GPU and is equipped with 8GB RAM, and 512GB of internal storage. In terms of optics, the ROG Gaming phone comes equipped with a dual 12MP + 8MP rear camera where the main sensor is paired with an f/1.8 aperture lens. The camera comes with 4-axis Optical Image Stabilisation and with dual pixel PDAF for faster autofocus. On the front is a single 8 MP camera with f/2.0 aperture. The ROG gaming smartphone is powered by a 4,000mAh battery that uses Asus HyperCharge direct-charge technology.