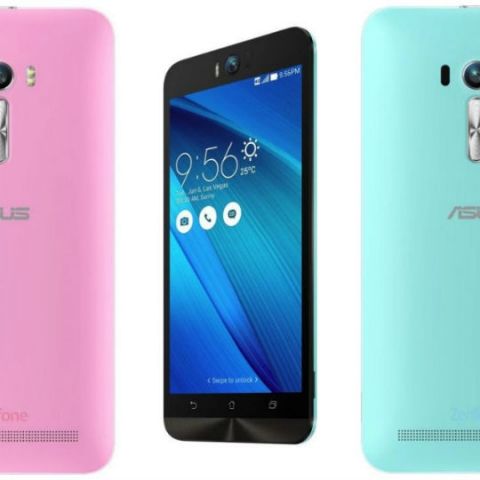 Asus Zenfone Selfie is a phone aimed towards selfie lovers. The phone has 13MP front as well as the rear shooter. It also sports a 5.5-inch Full HD display, with an octa-core 64-bit Qualcomm Snapdragon 615 processor, and 2GB/3GB RAM. The phone has a 3,000 mAh battery to keep you clicking those selfies. It has ZenUI that's layered on Android Lollipop, and is available in 16/32GB variants with expandable memory up to 128GB. The price of Asus Zenfone Selfie is Rs. 15,999.

The second launch, Asus Zenfone 2 Laser, has a 13MP rear camera with laser auto-focus to help you get better photos. The phone has multiple variants, The first comes with 5.5-inch Full HD display with Gorilla Glass 4, Qualcomm Snapdragon 410 processor and 2GB RAM. The second comes with the same display along with 3GB RAM and Snapdragon 615 processor. The final variant has a 6-inch screen and is expected to have an Intel processor. The price of the 5.5-inch variant is Rs. 9,999 and Rs. 13,999 respectively while the 6-inch variant will cost Rs. 17,999.

Asus Zenfone 2 Deluxe is almost like the Asus Zenfone 2, with the crystal rear cover and multifaceted texture. This phone sports a 5.5-inch FHD display and runs on a quad-core Intel Z3580 processor with a PowerVR G6430 GPU along with 4GB LPDDR3 RAM. The other specs include a 3,000 mAh battery, 13M/5MP cameras, and ZenUI based on Android Lollipop. It is priced at Rs.22,999.

Coming to tablets, Asus launched the ZenPad 8.0 and ZenPad 7.0. The ZenPad 8.0 sports an 8-inch HD IPS display, Asus VisualMaster technology, and Qualcomm Snapdragon processor. The ZenPad 8.0 starts from Rs. 14,999 and it has a variant with audio cover, which starts from Rs. 17,999. On the other hand, the Asus ZenPad 7.0 comes with 7-inch HD screen with IPS display and 64-bit Intel Atom processor. The tablet has two variants: With and without an Audio Cover and the price of the tablet will be Rs. 11,999 and Rs. 14,999 respectively. The tablets have been launched in partnership with DTS HD sound, which is world's first tablet partnership.

Asus also announced Zenfone Max with a huge 5,000 mAh battery and works as power bank as well. The phone has 13MP rear camera with laser auto-focus, is 5mm thick, and runs on a 64-bit Qualcomm Snapdragon 410 processor. Zenfone Max will be launched in October in the Indian market first and Asus has asked users to provide feedback and suggestions regarding the pricing of Zenfone Max.

Earlier, Asus had announced about the launch of smartphones during an event last week.