Apple’s iPhone X (Product Red) could look like this 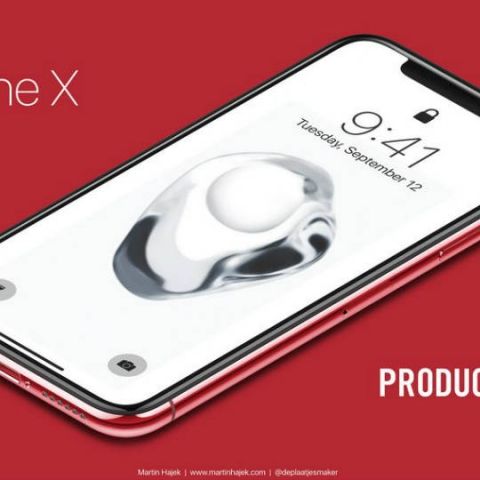 Apple is reportedly planning to launch the iPhone X in a new Red colour variant. Here is what it might look like.

Apple’s iPhone X may not have performed in line with the company’s expectations given that the demand for the flagship phone has reportedly been lukewarm. However, Apple credited its record $88.3 bn revenue in Q1 2018 to the exceptional sales of the iPhone X. Whether or not the iPhone X received its due, several reports have stated that Apple is planning on releasing new colour variants of the device to lure premium smartphone buyers.

It is unclear whether making the iPhone X available in more colours will boost mid-year sales for Apple. Prices of the already expensive iPhone X were recently hiked up in India following a marginal increase in import duties. This has made the phones more unreachable for buyers.

However, there are several buying options that make the iPhone X an attractive buy for customers. Reliance Jio has partnered with Apple to provide 70 percent buyback value on the device if it is returned after 1 year. Customers can also avail Rs 10,000 cashback if they purchase the iPhone X using EMI transactions on their ICICI Credit Cards.

You can watch the imagined iPhone X Product Red in the video below.