Apple’s still a few months away from official releases for its iOS 11 operating system, but a new feature has been spotted on beta releases that is very Apple-like. It seems the new operating system is going to bar iPhones and iPads from connecting to Wi-Fi networks with poor connectivity. It’s worth noting that the option to auto-join button itself was introduced in one of the iOS 11 beta versions earlier.

It’s unclear whether the feature is open to users across the world, but it’s likely it will. As a rule, iPhones do avoid poor connections even now, so it’s possible that Apple is extending the threshold for the same. The auto-join option is reportedly available through the more info option that shows up next to WiFi SSIDs on your phone. The option doesn’t seem to show up on all our iOS 11-powered devices just yet, although we did find it on our iPad. 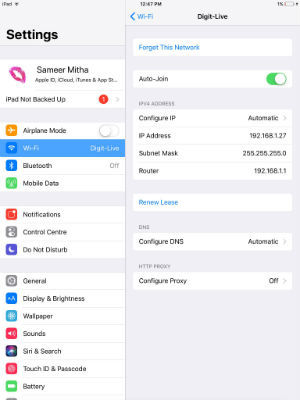 That said, the feature could seem redundant to some anyway. Apple already allows an “Ask to Join” option on its devices. This easily allows users to avoid joining networks that may have poor connectivity. In addition, while the feature may be handy for travellers who connect to a lot of public networks, the same may not always be true for regular users, especially in countries like India.