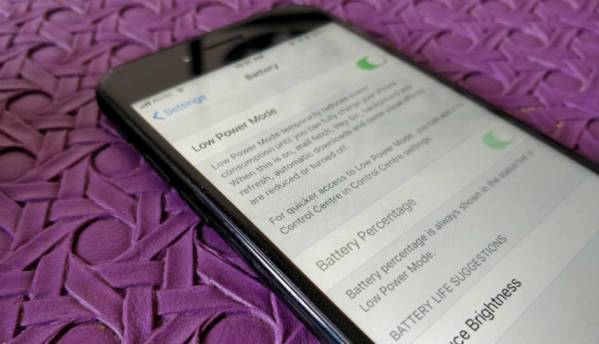 Apple is offering discounted battery replacement service for its older iPhones in India. The company has made the service live in India, along with other parts of the world, ahead of its initial planned rollout in late January. The Cupertino based company is charging Rs 2,000 for users who wants to replace the batteries on their iPhone 6 or later phones. We confirmed that Apple previously charged about Rs 8,200 for the same by some Apple authorised service centers. The company previously said that the initial supply of the replacement batteries could be limited.

Apple received a lot of flak when it was discovered that they are deliberately slowing down older iPhones. The company admitted it, and said that it was doing so for providing a better user experience at the cost of reduced performance. Apple said, “It should go without saying that we think sudden, unexpected shutdowns are unacceptable. We don't want any of our users to lose a call, miss taking a picture or have any other part of their iPhone experience interrupted if we can avoid it.” As a result of not being forthcoming with its consumers, Apple is now facing multiple lawsuits for slowing down older iPhones.

Apple had promised that it will offer cheaper battery replacements for all users with an iPhone 6 or later. Eligible iPhones include the iPhone 6, iPhone 6s, iPhone SE, iPhone 7 and the iPhone 7 Plus. The discounted battery replacement program will be valid till the end of 2018 and Apple will also be issuing an iOS software update which will provide users with more visibility on their iPhone's battery.