Apple has reportedly selected LG Chem as the sole supplier for batteries on its 2018 iPhone lineup. The company is reportedly adopting the L-shaped design to maximise use of internal space. 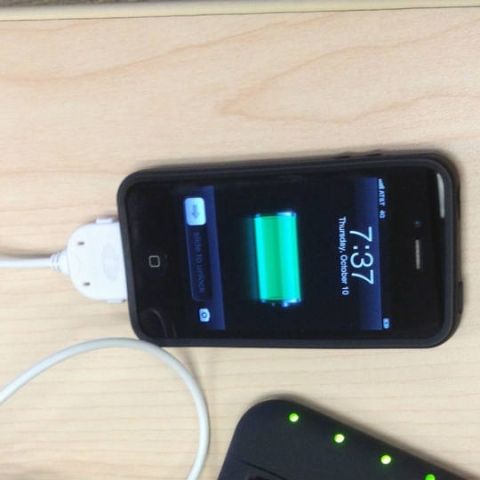 Apple's 2018 iPhone lineup will use batteries from LG, reports Korea Economic Daily. The publication cites unnamed sources, claiming that Apple has selected LG Chem as the sole supplier for the batteries on its iPhone lineup. The new line of iPhones will be released in 2018.

LG Chem, a subsidiary of LG Corporation is said to have made huge investments in dedicated manufacturing units and will begin full-scale battery production early next year. The report claims that Apple's 2018 iPhone battery will adopt an "L" shaped design instead of the standard rectangular jelly roll lithium-ion batteries found on existing iPhones. It notes that the battery module design will have an extended section to one side at its bottom to form the "L" shape. The rumours of Apple's iPhone lineup switching to an L shaped battery design was first detailed by KGI Securities' Ming-Chi Kuo in February. He said Apple will adopt a stacked "substrate-like" PCB mainboard in order to maximise the use of internal space. Kuo claims the technology will first debut on iPhone 8 but it remains unknown whether Apple is implementing the advanced battery technology this year.

Apple currently receives batteries for its iPhones from Samsung SDI, LG Chem, China's ATL and Japan-based Murata manufacturing company. LG Chem is said to be supplying all batteries for iPhone 9, slated to launch in second half of 2018. This is in stark contrast to Apple's current strategy of sticking to multiple suppliers. Apple is widely rumoured to introduce three new iPhones at its September event this year. Most reports suggest that there will be a redesigned OLED iPhone likely to debut as iPhone 8 alongside iterative updates to iPhone 7 and iPhone 7 Plus. The OLED iPhone is said to feature a 5.8-inch display with thinner bezels and a function area that will serve as a window for app shortcuts and notifications.

The smartphone is also rumoured to introduce features like 3D sensing facial recognition system and vertically mounted dual camera for augmented regulations. A Morgan Stanley analyst recently said that the 2017 iPhone will bring the most meaningful features and technologies in the history of the iPhone.