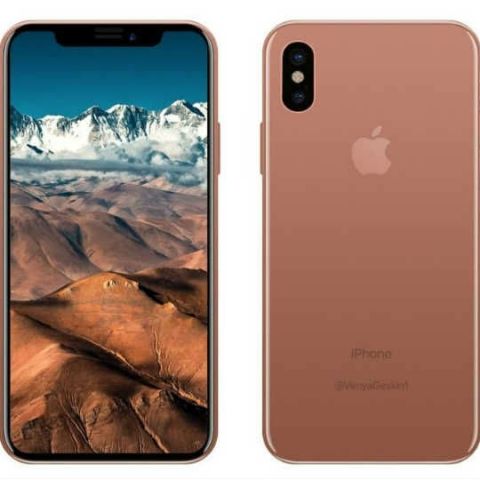 Apple's 2017 iPhone lineup might be announced on September 12. Mac4Ever reports citing carrier sources that Apple's fall event will be held on September 12 where the company could introduce redesigned iPhone and iterative iPhone 7s and iPhone 7s Plus. The site adds that mobile operators have been briefed about the launch and have started working on inventory and marketing plans.

Apple is yet to officially confirm the launch date for its next iPhone but most reports suggested that it will happen on September 6. Going by historical trends, Apple generally uses first Wednesday or second Tuesday of September as the launch pad for its iPhone. However, there have been exceptions and Mac4Ever believes that the handsets will debut on September 12. Mac4Ever has a proven track record of detailing Apple rumours but September 12 date needs to be taken with a grain of salt. Last year, Apple's iPhone 7 launch was initially rumoured to launch on September 6 but the actual announcement came on September 7.

If Apple announces the three new iPhones on September 12 then the handsets would likely go for pre-order starting September 15 and ship to consumers beginning September 22. KGI Securities analyst Ming-Chi Kuo believes that all three handsets will be available in September but the OLED model could be limited to 2-4 million units.

In terms of features, the redesigned iPhone is expected to sport an edge-to-edge OLED display and support new 3D facial recognition technology. The smartphone is also expected to offer vertically stacked dual rear camera system with augmented reality functions. The other significant addition is expected to come in the form of wireless charging support. All three models will use newer A11 SoC and iterative iPhone 7s and iPhone 7s Plus is expected to sport metal and glass design. A report originating from China states that 2017 iPhone models will only be available in 64GB, 256GB and 512GB storage options.

Alongside the new iPhone, Apple is also expected to introduce third-generation Apple Watch with optional LTE support and a new Apple TV with 4K HDR support. The launch event could be held at Steve Jobs theater in spaceship-like Apple Park campus.