Apple invited journalists to observe its stress tests on the new iPhone 6 plus. 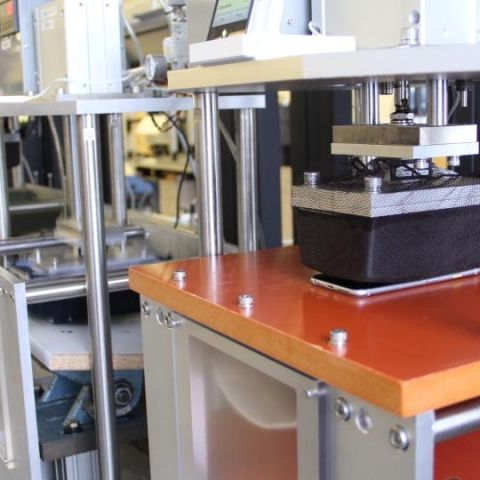 Apple acknolwedged received complaints about the iPhone 6 Plus bending in users pockets in the first few days of its sale. To counter, Apple invited journalists to its Testing Lab and showed off the durability tests it puts smartphones through.

Phil Schiller, Apple’s vice president of worldwide marketing, stated that the company has received only nine reports of bent iPhone 6 Plus, which is a small number. He pointed out  that the iPhones have some of the best features including a unibody construction, high-grade aluminum, the “strongest glass in the industry” as well as stainless steel and titanium inserts. Read: Apple iPhone 6 plus bending issue triggers 'bend test' comparisons

Apple says that it put 15,000 iPhone 6 and iPhone 6 Plus review units (each) through “exhaustive” tests before launch. The first is a series of tests called 'Sit tests' which is the most relevant for checking iPhones bending problem. A single iPhone is placed in the back pocket of tight jeans and is sat on, against a hard surface, the second simulates sitting into a couch, and finally when someone sits with the phone in their pocket on a hard surface at an angle. Dan Riccio, Apple’s senior vice president of hardware engineering stated that the company cycles through these, “thousands of times.”

"The iPhone 6 and the iPhone 6 Plus are the most tested," Dan Riccio, Apple's senior vice president of hardware engineering stated. "As we add more and more features, we have to find out a way to break them before customers do."

The second test is three-point bending where Apple’s tests place pressure on iPhones in varying degrees to make sure they can handle “reasonable” force in various situations. In the test 25 kilograms of weight is pressed across the center of the phone. The test showed that the smartphone did bend under the weight; but when the metal bar was released, the phone reverted back into its shape.

The third test called Pressure-point cycling is when “substantial” force is put on an iPhone’s display and encasing to check its durability. In the test a 10 KG weight is pressed directly in the center of the iPhone.

Finally, there is a torsion test which Apple demonstrated on an iPhone 6, an iPhone 6 Plus and a MacBook Pro. The products were twisted from both ends at various angles about 8000 times to simulate life like situations, such as sitting on an iPhone unevenly.

Apple adds that apart from these tests, real-life user studies are also conducted by the company, which involves hundreds of the company employees who use the phones in various situations to test for both durability and performance.

This isn't the first time Apple has opened its testing facilities to journalists in response to problems. In 2010, the tech giant invited a handful of people to its wireless testing labs after the iPhone 4's antenna issues came to light. Read: Apple releases iOS 8.0.2 update with bugs fixes and improvements