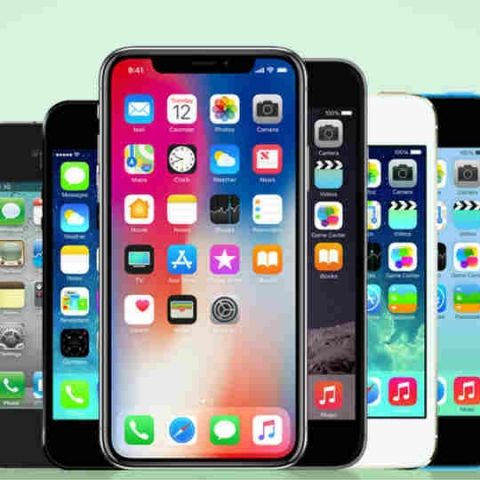 Apple's growth declined 11.8 percent in Q4 2018 while Samsung's declined by 4.4 percent. Huawei made the most of it by posting a whopping 37.6 percent growth.

That fact that iPhone sales have been declining over the years comes as no surprise. The trio of iPhone XS, iPhone XS Max and the iPhone XR that launched last year failed to live up to the sales expectations, according to Apple, and the company had to mark down it’s forecast for the quarter. It’s not just Apple, though. Samsung also saw declining smartphone sales last year, while the overall smartphone industry registered slow growth. According to a report by Gartner, the global smartphone market grew by just 0.1 percent in the fourth quarter of 2018 as compared to Q4 2017, while Apple recorded its worst quarterly decline in iPhone sales since Q1 2016.

The smartphone industry as a whole grew by only 1.2 percent year over year. The report stated the world bought 1.6 billion units of smartphones in 2018. Major regions like China, Asia Pacific and North America posted the worst declines in growth.

The report states Apple’s problem is twofold — The Cupertino giant not only has to deal with delayed upgrades as most users wait out a year before upgrading, but also from lower priced alternatives especially in China.

It’s not just Apple dealing with this issue. Samsung’s performance hasn’t been all that good either. The Galaxy S9, S9+ and the Galaxy Note 9 didn’t do much to drive growth in Q4 2018. As a result, Xiaomi and Huawei took market share away from the Korean tech giant. Samsung’s sales declined by 4.4 percent in Q4 2018 after losing market share in China, Western Europe and Latin America. Samsung did try to tackle the problem by issuing more mid-range smartphones with innovative, new features like a wide-angle camera, side-mounted fingerprint sensor and triple and quad-camera setups.

Amidst sales decline of the top two players in the market, Huawei performed really well in 2018. This is despite all the political and financial pushback the company is receiving in the US and Europe.

Gartner states Huawei managed to sell over 60 million units and posted the highest growth among the top five global smartphone manufacturers — A staggering 37.6 percent. It even managed to close the gap between Apple. The company’s strongholds are the same regions where demand for iPhones and Samsung flagships are lesser. Huawei has a big presence in its home market, China as well as in Europe. Furthermore, the company made investments in Latin America and Middle East to boost growth even further. Huawei’s numbers also includes the growth of its sub-brand Honor. Overall, Huawei had 13 percent market share in 2018.