Apple iPhone X users are seeing green line of pixels at the edge of the OLED display. Apple has not commented on the issue but is reportedly replacing devices under warranty. 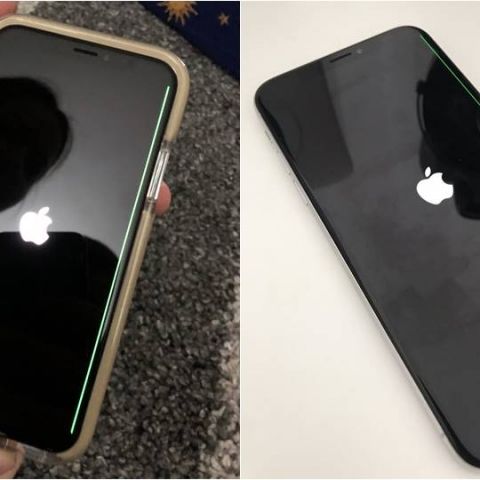 Apple iPhone X, the redesigned iPhone with bezel-less design and OLED display, has started reaching consumers across the globe. The smartphone is the first major redesign for Apple's marquee in almost four years and brings a ton of firsts to the iPhone lineup.

The major change with the iPhone X is the use of a Samsung-made OLED display, as opposed to LCD panels found on all previous iPhones including iPhone 8 and iPhone 8 Plus. DisplayMate has already crowned iPhone X's OLED panel as the best display on a smartphone but it is not short of its own problems. First, iPhone X users started reporting an issue with the responsiveness of the display when exposed to cold temperatures and now, some users have started seeing a green line vertically stretching across the edge of the display.

The affected devices are believed to have worked fine out of the box but developed a large green pixel at a later stage. Apple has not commented on the issue just yet but it could be related to either the display controller or the ribbon cable connecting the display to the main board. It is hard to clearly suggest the cause of it but some users note that Apple replaced devices affected by this problem under warranty, reports GSMArena.

It is clear that Apple will replace units affected by this green pixel issue under warranty but the number of users affected seems to be small. Apple has already announced plans to fix the display issue where it becomes unresponsive in cold weather with a software update. The Cupertino-based iPhone maker has also confirmed that screen burn-in is a possibility but it has taken necessary measures to mitigate the issue in the immediate time frame.

The issue comes to light in the midst of issues with Google Pixel 2 XL's display, which has been found to burn-in within weeks of its launch. Some users have also reported issues like blue shift and Google recently released a new colour profile to mitigate that and other known issues.