The 360 degree CAD renders of the alleged iPhone SE 2 tip at an iPhone X inspired design, a metal rear panel and no 3.5mm audio jack. 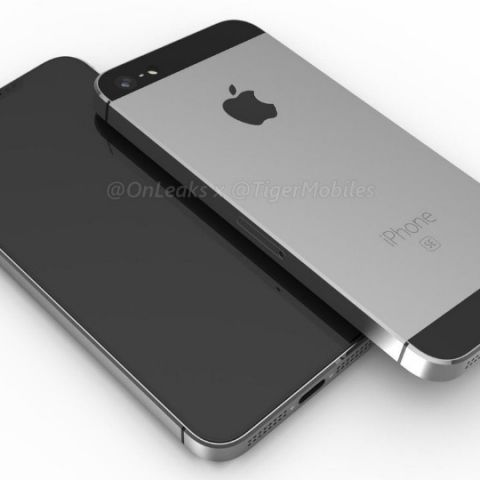 Apple is speculated to be working on its upcoming 2018 series of smartphones and it is rumoured that the company might launch three new iPhone models, which take after the iPhone X in terms of design. There are also speculations that the Cupertino based company could launch a successor for the iPhone SE and the internet is rife with rumours of the alleged iPhone SE 2. The well-known tipster Steve H. (@OnLeaks), in collaboration with TigerMobiles, has now posted 3D CAD Renders of the smartphone, giving a look at its design. But he says that he has been unable to verify the authenticity of the CAD files used for making the renders and is posting them for “discussion purposes only”.

Going by the CAD renders of the iPhone SE 2, there is no TouchID on the device and it is speculated that it could solely rely on FaceID for authentication, speculating by the notch on top of the display. It is seen featuring an edge-to-edge bezel-less design and ditches the 3.5mm audio jack, similar to the iPhone X. The power button remains on top and the notification toggle and the volume rockers are on the smartphone's left edge. Previous rumours of the phone suggested that it could sport a glass rear panel for wireless charging support, but the renders hint at a metal back and a single primary camera setup with a flash. As mentioned, take these leaked renders with a pinch of salt as the source is yet to be verified. However, @OnLeaks is known for churning out renders and leaks, which have mostly been accurate in the past. The alleged smartphone was also previously seen in a video posted on Weibo, the Chinese social media website. It was seen featuring a notch on top of its display and with faceID support, which is in line with the new renders.

In terms of specifications, the iPhone SE 2 is rumoured to feature a display somewhere between  4.7-inch and 5-inch, and could be powered by the upgraded Apple A10 Fusion processor with 2GB RAM. In the camera department, the device might feature a 12MP iSight camera with 4K video recording support and on the front, could come with a 5MP sensor. It is speculated to pack a 1700mAh battery.

The speculations of Apple launching the iPhone SE 2 have been building for some time now. Just recently, 11 new iPhones registered to Apple were spotted on the Russian regulatory organisation, Eurasian Economic Commission (EEC). As per the report, 11 phones doesn’t mean that all of these could be new iPhone models as the company sometimes uses different model numbers in order to represent the same iPhone. The filings appearing on the ECC filings are said to usually announce officially in a month, which is around the time when Apple will host its WWDC event.