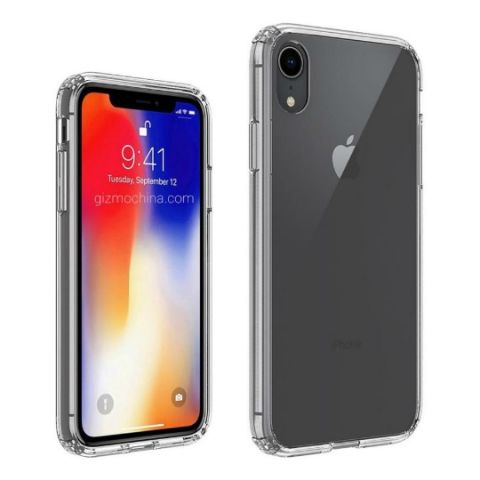 The leaked case renders have reportedly been sourced from Sanfeng, a Chinese smartphone case maker.

Apple is expected to unveil at least three new smartphones in September and some previous rumours have hinted at the upcoming device’s features. From the reports we have come across so far, there could be two iPhones with an OLED display and one is said to be a cheaper iPhone X successor, dubbed the iPhone 9, with a 6.1-inch LCD display. Now, @OnLeaks and GizmoChina have collaborated to obtain case renders of the device, tipping at the external features it could come with. GizmoChina says that they received the case renders of the smartphone from a Chinese smartphone case maker named Sanfeng.

The renders are in-line with the previous rumours and shed some light on the upcoming handset’s design. The iPhone 9 is expected to feature a notch on top of its display and the renders suggest that there might not be a Touch ID fingerprint scanner on the less-expensive variant. Additionally, the case renders sports only one cut-out on the rear, indicating the presence of a single sensor below which sits an LED flash. The lack of a dual camera setup raises the question of whether the smartphone will be able to capture bokeh shots as there is no depth sensing secondary camera. However, same as the Google Pixel 2 XL, Apple could make use of software to accomplish this.

The power button is seen placed on the device’s right edge, while on the left is the ring/silent key and the volume rocker. On the bottom are the dual speakers, accompanied by a Lightning connector in between. The device will reportedly measure 150.9 x 76.5 x 8.3mm.

A dummy model of the 6.1-inch iPhone X successor was previously spotted in a video, along with the 6.5-inch iPhone X Plus. The larger iPhone X Plus is seen featuring a 6.5-inch display in the same footprint as the iPhone 7 Plus. This is because of its near bezel-less edge-to-edge display. The smaller, ‘budget’ iPhone X is also said to feature the same design but with a 6.1-inch display and could be priced starting at $700 (Rs 48,000 approx)