Apple's OLED iPhone 8 will not feature any kind of Touch ID and will instead offer a virtual home button, similar to Samsung's Galaxy S8. The analyst says that OLED iPhone's front camera system will use 3D depth sensing system to enable facial authentication 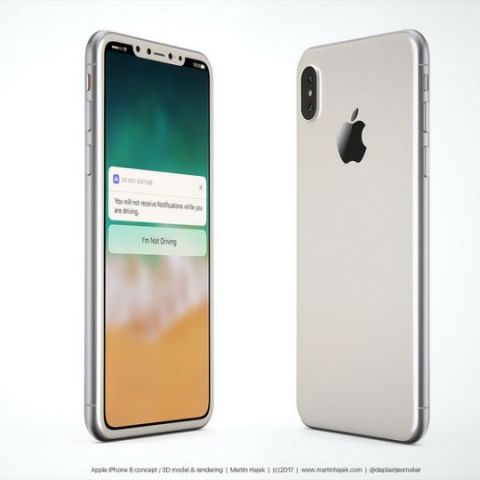 In a new report from Kuo obtained by 9to5Mac, the analyst reiterates that Apple will announce three iPhones this year: two iterative updates in the form of iPhone 7s and iPhone 7s Plus and a redesigned iPhone 8 with an OLED display. He adds that the OLED iPhone 8 will not feature any kind of Touch ID and will instead offer a virtual home button, similar to the one found on the Samsung Galaxy S8 series. This report contradicts a recent DigiTimes claim citing industry sources that Apple will ship OLED iPhone with under display Touch ID sensor, but will have limited units at the time of launch.

A fingerprint sensor under the display is undoubtedly the most sought after technology right now. Qualcomm has already demonstrated such a technology developed for smartphones, but it won't immediately be available on a working device. With no Touch ID, Apple is expected to implement facial recognition with its next iPhone. Kuo notes that iPhone 8's front camera system will use 3D depth sensing system to enable facial authentication and better selfies. Bloomberg confirms that new 3D depth sensing front camera will not only be used for login but also for authenticating payments. The face unlock system combining 3D face scanning and iris recognition system is said to be more secure than the existing Touch ID system.

Other details in Kuo's report point out that the iPhone 8 will sport a 5.8-inch OLED display, and seems to confirm the recent leak showing the dummy hardware. He says only 5.2-inch of the display will be usable while the rest of the screen will act as a functional area. The overall phone is expected to have dimensions similar to the existing 4.7-inch iPhone available right now.

The iterative iPhone 7s and iPhone 7s Plus will continue to sport a 4.7-inch and 5.5-inch LCD displays. The OLED iPhone and the 5.5-inch iPhone 7s Plus is said to include 3GB RAM, while the 4.7-inch iPhone 7s will continue to use only 2GB RAM. All the three iPhones are said to support wireless charging and will be available in 64GB and 256GB storage options. Kuo also believes that Apple's 2017 iPhone lineup will stick with the lightning port and not adopt USB-C port like the company's Mac lineup. All three models are said to offer improved audio experience and ship with USB-A-to-lightning cablea in the box. All three iPhones are expected to be announced at the company's fall event in September, but the OLED iPhone may become available a bit later due to supply issues.