Apple is expected to launch the redesigned iPhone 8 and iterative updates to the iPhone 7, iPhone 7 Plus in September 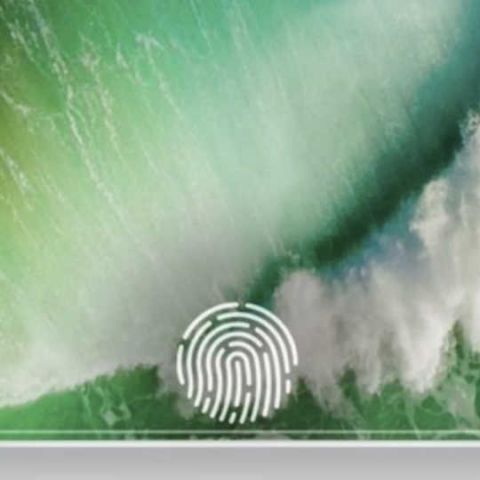 Apple's next iPhone is now rumoured to feature new ultrasonic fingerprint sensor technology, as a replacement for the existing Touch ID home button. According to Digitimes, the iPhone 8 will feature a fingerprint sensor embedded within the display, which can be enabled by placing fingers directly on the display.

The report cites Economic Daily News as saying that the next iPhone will not feature a home button and instead offer an ultrasonic sensor placed under the display. The report cites sources from TSMC, the sole manufacturer of Apple's chipset, confirming the move. The handset will also come with a screen ratio of 18.5:9 as opposed to 16:9 found on the existing iPhone. This new aspect ratio is also sported by the Galaxy S8 and LG G6.

The report also says that the iPhone 8 will feature an invisible infrared image sensor to enhance the functionality of its camera and enable AR applications. It is believed that TSMC has discussed these details at a symposium being held in Taiwan.

While most rumours in the past suggested the handset will offer a radical design update and improved specifications, there was not much clarity on the Touch ID button. There have been rumours that the fingerprint sensor will move to the back or be embedded with the power button. This new report confirms Apple is opting for the most reasonable solution for placing the sensor under the display. The new implementation means the touch ID button will be a virtual one and users can unlock their device by simply placing their fingerprint on the virtual button. Back in December last year, Synaptics had announced an under-glass fingerprint sensor, but the technology is yet to become available on a commercial device.

Apple is expected to announce the redesigned iPhone 8 and iterative updates in the form of iPhone 7s and 7s Plus, at its fall event in September. The Apple iPhone 8 is rumoured to sport a large 5.8-inch OLED display, stainless steel housing reinforced with a glass back. The handset is tipped to be powered by Apple's A11 chipset which has reportedly entered mass production. The redesigned iPhone 8 is likely to cost upwards of $1,000 at the time of launch and most analysts expect Apple to ship 100 million units by the end of 2017 alone.