According to The Wall Street Journal, Apple has asked manufacturers of thin OLED panels to ramp up production and produce higher resolution panels. 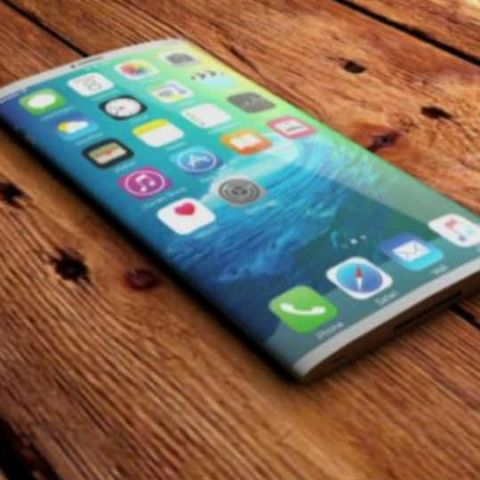 Apple, the Cupertino-based technology giant, has a lot riding on the 2017 edition of its most popular product today - the iPhone. Next year marks 10 years since the late Steve Jobs unveiled the very first iPhone to the world, setting standards on which the world of smartphones have taken cue and progressed. Mobile devices have since evolved manifold, and manufacturers worldwide have given Apple a close run for its money. The iPhone is no longer miraculous, and in the recent past, Apple has even been accused of no longer being innovative.

2017 marks the 10th anniversary of the iPhone, and as such, presents the company with a chance to go all out with the smartphone. True to reports, new reports are stating Apple’s intent with the upcoming iPhone. The Wall Street Journal has reported that Apple is presently working on an iPhone prototype with flexible OLED display, and has even asked manufacturers Samsung, Japan Display, Sharp and LG Display to ramp up production of thin OLED panels. This is being seen as a positive sign that Apple will push for including flexible OLED displays in the 2017 iPhone, presently being called as the iPhone 8.

Apple has also reportedly prototyped 10 different versions of the iPhone 8 for development purposes, of which the flexible OLED version happens to be one. While Apple already has a deal with Samsung Electronics for OLED displays, the company has apparently asked the other OLED display makers to come up with higher resolution OLEDs than Samsung’s ones. Despite that, though, there will possibly be a shortage in the number of OLED displays required for optimum supply, and as a result, Apple may only choose to use the new display type in the premium variant of the iPhone, while the base variant is anticipated to retain the LCD Retina displays.

The new iPhone is also expected to come with completely wireless charging, while other reports claim the iPhone 8 to have an all-glass body. The Home button and fingerprint sensor has already been reduced to a taptic panel, and next year may see it being further redesigned. Apple notably filed a patent for fingerprints to be recognised anywhere on the phone, and we may see this in action on the next iPhone.

A bump in the screen size has also been spoken about, with 5.2-inch and 5.8-inch variants expected to replace the older iPhones. While these do sound interesting on paper, it remains to be seen how Apple implements all the new features on its upcoming devices. We’ll surely get to see more of next year’s iPhone well before launch, and if present day leaks are to be considered, we’ll have a pretty good idea of what it will look like, before too long.