The smartphones have been launched under Apple’s partnership with (PRODUCT) RED, which is an advocacy group dedicated to combating HIV/AIDS in Africa. 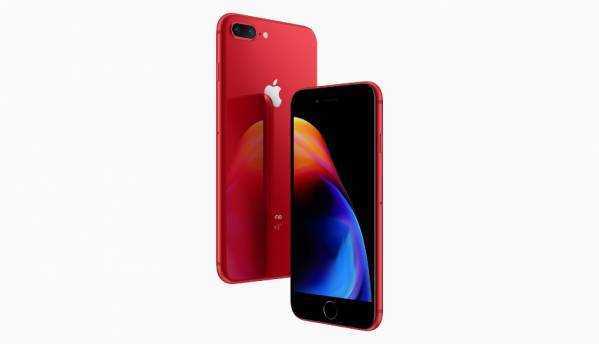 Apple’s iPhone 8 and iPhone 8 Plus (PRODUCT) RED special edition will be available for purchase in India from Friday, April 27. The company had globally announced the special editions earlier this month. The phones feature a Red coloured glass enclosure and a matching aluminium band. The two smartphones are now available for purchase in 64GB and 256GB variants via Apple authorised resellers starting at Rs 67,940. The 64GB variant (PRODUCT) RED Edition of the iPhone 8 is priced at Rs 67,940, whereas the 128GB model costs 81,500. The 64GB storage model of the iPhone 8 Plus will cost Rs 77,560, whereas the 256GB model is priced at Rs 91,110.

Apple had initially made the devices available in Australia, Canada, China, France, Germany, Hong Kong, Japan, New Zealand, Singapore, South Korea, the UK and the US on April 13 as part of the first wave of the smartphone’s launch. Alongside the (Product) RED variants of the iPhone 8, iPhone 8 Plus, the company had also announced an iPhone X Leather Folio. It is said to be crafted from specially tanned European leather and will be available for Rs 7,900. Last year, the company had also launched a (PRODUCT) RED special edition of the iPhone 7 and the iPhone 7 Plus. The special edition smartphones are a part of its partnership with (PRODUCT) RED, which is an advocacy group dedicated to combating HIV/AIDS in Africa.

Other (Product) RED devices from Apple include accessories for the Apple Watch, iPhone and the iPad and the Beats Solo 3 Wireless On-Ear Headphones. A part of the proceeds from the sale of these (Product) RED devices goes directly to Global Funds HIV/AIDS grants that help in the work of eradicating the transmission of the virus. Apple claims to have donated $160 million to the Global Fund for the past 11 years, making Apple the largest corporate donors.

"This special edition (PRODUCT) RED iPhone features a stunning red and black colour combination and also offers customers the opportunity to make an impact in fighting the spread of HIV and AIDS," said Greg Joswiak, Apple's VP of Product Marketing, earlier in a statement.

The iPhone 8 and iPhone 8 Plus feature 4.7-inch and 5.5-inch Retina HD displays respectively, same as their predecessors. However, they come with a True Tone display, which is said to supports a wider colour gamut and adjust the white balance as per ambient lighting. The two smartphones are powered by Apple's A11 Bionic chipset, which comes with a dedicated Neural engine. The iPhone 8 and 8 Plus feature a glass rear panel, which supports wireless charging and are also IP67 rated dust and water resistant.

In terms of camera, the iPhone 8 is equipped with a single 12MP rear sensor with f/1.8 aperture, whereas the larger model comes with a 12MP dual-rear camera setup with one wide-angle f/1.8 aperture lens and another f/2.8 telephoto lens. The two models support OIS, feature new quad LED true tone flash and come with a 7MP sensor with retina flash at the front.