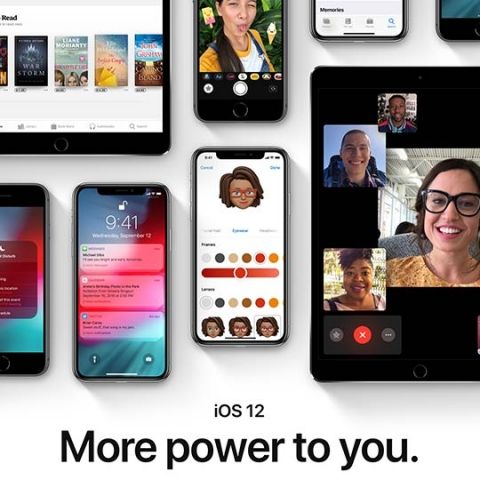 iOS 12 promises to improve performance on all existing devices, along with offering a host of new features that should make your iOS device a lot more fun and productive to use

Apple’s iOS 12, the company’s next big update for the iPhone and iPad are finally available in India. The company flipped the switch on the update at 22:30 India time. The update is said to bring a host of new features, but the key areas of focus is performance. iOS12 had been in beta since June and is finally consumer ready. Here’s everything you need to know about the new update.

There are two simple ways to get the new update on your iPhone or iPad. The first involves going into Settings > General > Software Update and letting the device check whether there is an update or not. If the update is available, it would be a sizable one, so we recommend you do this when you have a few hours to spare. IF the update is available, you can directly download it to your device and follow the prompts on the screen to be updated to the new operating system. This is the Over-The-Air method. The otherer method involves plugging your iPhone or iPad into your computer or Mac and firing up iTunes. The process is once again the same, where you hit the “check for update” button in iTunes. If the update is available, iTunes will download it and start installing it on your device. We do very strongly recommend taking a backup of your device in full before going ahead with the update.

Will my iPhone or iPad get iOS 12 Update?

Last year, Apple made a surprising announcement when they said that iOS 11 would be compatible with almost all devices going all the way back to iPhone 5s. This year, Apple has renewed that promise with a promise of improved performance even on older devices. However, not all devices can be realistically supported. If you have any one of thebelow-listedd devices, you can download iOS 12 on your supported iPhone or iPad.

iOS 12 offers a whole host of new features and some visual tweaks and redesigns, but there are certain aspects of the new operating system that particularly stand out. First and foremost, Apple says that iOS 12 will improve performance across the board on all supported devices. We will of course verify this once the update has rolled out and installed on our test devices. The other significant addition is a new feature called Screen Time, which helps you track your app and phone usage statistic in “gruesome” detail. The feature is designed to help people understand their usage habits and possibly be more judicious in their use of the smartphone/tablet. There’s also a significantly improved photos app, along with grouped notifications. iOS 12 truly does offer a lot of new features.

Should I Install iOS 12?

Coming to the million dollar question, should you install iOS 12 on your device. A few of us at Digit have been test driving the various public beta builds of iOS 12 as and when they were released. Save for a minor glitch here and there (which is expected of beta software), there weren’t any major bugs to report. The battery life stayed steady, as did app stability. We did not face any heating issues either. In fact, the latest update in the public beta program was the Gold Master of iOS 12, a practically finished version. On my iPhone 8, I faced absolutely no problems that would warrant me to say that you should wait to update. IF you’re an eager Apple fan, go ahead and update, just make sure you take a backup before upgrading. However, there are one or two reasons why you may want to hold off upgrading.

If you’re using an older iPhone, basically pre-iPhone 6s, it wouldn’t hurt to wait a few days. Normally, once an iOS update has rolled out to the masses do bugs and problems crop up. While the beta program had little to report, there is also a possibility that a majority of those in the beta test program weren’t on older devices. Waiting a week will not only make sure that your old iPhone isn’t turned into a glorified paper-weight, but you will also be able to download the update at a much faster speed since Apple servers wouldn’t be under assault from hundreds of thousands of people trying to update at the same time.

We will be testing whether the new iOS 12 update genuinely brings performance improvements to older devices or not. We will also be detailing out all the new features in iOS 12 along with how well (or poorly) they work.