Calls it the “Most Forward-Thinking Smartphone in the World”. 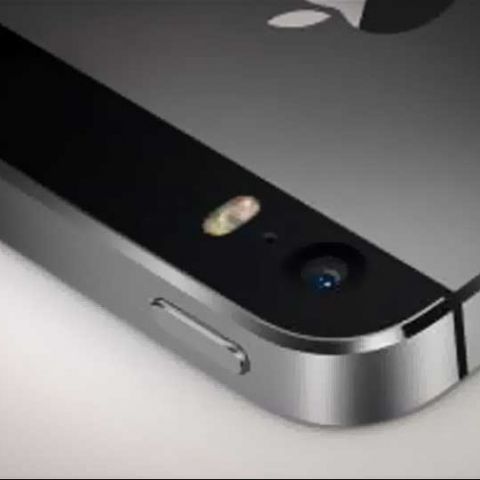 In the naming theme that has surprised no one, Apple has announced the iPhone 5S, carrying on with the “S” naming of the improved version of the smartphone it succeeds. Incidentally, the fellows from Cupertino went ahead to say as much as that the iPhone 5S is the “most forward-thinking smartphone in the world”. We will let you make up your minds on that one.

“iPhone 5s is the most forward-thinking smartphone in the world, delivering desktop class architecture in the palm of your hand,” said Philip Schiller, Apple’s senior vice president of Worldwide Marketing. “iPhone 5s sets a new standard for smartphones, packed into its beautiful and refined design are breakthrough features that really matter to people, like Touch ID, a simple and secure way to unlock your phone with just a touch of your finger."

Apple has upgraded the power package on the iPhone 5S, with the new A7 chip, which is claimed to be twice as fast in terms of the CPU and graphics performance, as the iPhone 5. For the first time, the phone will see a 64-bit architecture, with iOS 7. The OS is backward compatible with 32-bit apps because the other devices getting this update are not compatible with the 64-bit environment. The A7 chip also supports OpenGL ES version 3.0, which will allow for even higher quality graphics.

There is also the new M7 motion coprocessor that gathers data from the accelerometer, gyroscope and compass to offload work from the A7, for better battery life.

We had heard the rumors about the fingerprint sensor all along, and now we can live in peace. iPhone 5s adds the feature called as Touch ID, which is Apple’s name for the fingerprint sensor capabilities. The sensor is built into the home button itself, and Touch ID uses a laser cut sapphire crystal, together with the capacitive touch sensor, to take a high-resolution reading of your fingerprint, to provide better analysis from most angles. Touch ID can also be used as a secure way to approve purchases from the iTunes Store, App Store or iBooks Store.

You may say that Apple has been stubborn while retaining the 8MP iSight camera in the iPhone 5S. However, the new camera has a 15% larger active area on the sensor - the larger f/2.2 aperture with 1.5μ pixels aimed at better low light performance. The camera is accompanied by the new double LED flash, which Apple calls True Tone. It consists of two LEDs - one with a cool colour tone and one has a warm tone. In the post click analysis, the iPhone 5s would measure each colour tone, to offer the best possible image from the versions clicked. iPhone 5s also includes a new Burst Mode, Slo-Mo video with 120 fps, a new FaceTime HD camera for better low-light performance and audio-only FaceTime calls with iOS 7. The new Panorama mode would clock up to 28MP and the exposure will be adjusted automatically during the pan, instead of being stuck with the preset values that may not work well with the differing environments in the same shot.

The iPhone 5S supports 13 LTE bands, the maximum among any smartphone currently available. Additionally, the iPhone 5S has dual-band 802.11 a/b/g/n Wi-Fi support for up to 150 Mbps transfer rates as well as Bluetooth 4.0.