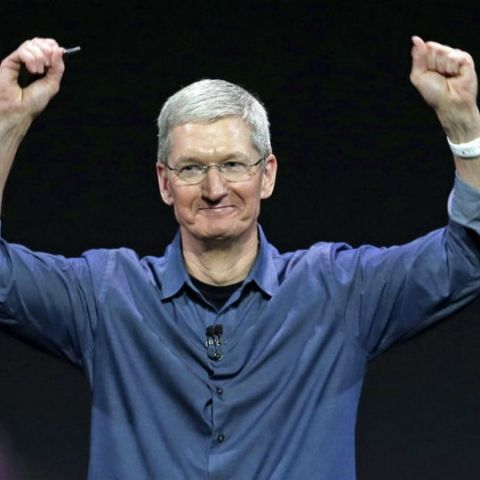 September is inching closer by the day and with it the launch of the new iPhones, Apple Watch 3 and the Apple TV 4K. According to a fresh report by The Wall Street Journal (WSJ), people close to the the company have been briefed about a product announcement event scheduled for September 12. Sources further informed WSJ that Apple is “aiming to use” the Steve Jobs Theater located in the Apple Park to host the iPhone launch event for the first time ever. However, the location of the event is not yet confirmed and depends on construction timelines. The company has been hosting the iPhone launch events at the Bill Graham Civic Auditorium since the past two years.

The report goes on to say that Apple has already intimated carriers in the US about the September 12 event, so as to enable them to get promotion materials in place before the new Apple devices are launched.

Apple is expected to unveil three new iPhones on September 12 - iPhone 7s, iPhone 7s Plus and the special Tenth Anniversary edition dubbed the iPhone 8. 2017 marks ten years since the iPhone was first launched by Steve Jobs, so it only makes sense to launch the new iPhones at the upcoming Steve Jobs Theater. Of all the Apple announcements, the iPhone 8 will be the one to watch out for as the device will represent the first major design overhaul of the iPhone in three years. It is expected to feature an edge-to-edge OLED display, faster A11 chipset, 3D facial recognition and wireless charging support. While the iPhone 8 is expected to make an appearance at the company’s September 12 event, reports suggest that the $1000 smartphone will only be available for purchase in October.

The iPhone 7s and iPhone 7s Plus are said to be incremental updates to the existing iPhone flagships. The two phones are also likely to run on the A11 chipset, and feature a glass back, while the rest of their design will mostly remain similar to the current iPhone 7. A report suggests that Apple will make the iPhone 7s and 7s Plus thicker to accommodate the glass back and wireless charging.

If reports are to be believed, a 4K enabled Apple TV is also in the works. The new 4K Apple TV will reportedly house a faster processor capable of streaming higher resolution 4K content.

If Apple follows its usual launch and availability practices, one can expect the new iPhones to start retailing from September 22 in the US. There is no clarity on an India launch date, but we might not have to wait much longer than the US to get the new iPhones. India has increasingly grown in importance for Apple and the world’s most valuable company is already assembling the iPhone SE in the country.