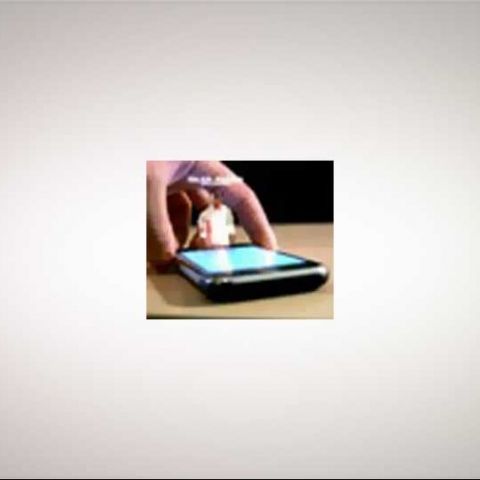 A patent filed in 2006 shows Apple’s interest in the 3D realms, showing a new type of three dimensional and holographic glasses-free display. A lot has changed since 2006 since, and while the patent probably had concentrated on television, monitors and even projection systems, its present applications in smaller, mobile segment are certainly appealing to Apple, the company behind the bestselling iPhone and iPad devices.

The display technology supposedly uses lens-like bumps on the screen that deflect stereoscopic images from each pixel into the right and left eyes of the viewer. While it does seem like the viewing angles would be quite limited with this approach, and not ideal for multiple viewers, Apple’s patent claims the display combined with 3D imaging technology would be able to track the movements of multiple viewers and manipulate the deflected image to keep it crispy and autostereoscopic for all.

[RELATED_ARTICLE]The combination apparently will also allow for holographic images to projected, or at least “pseudo-holographic” images:

"An exceptional aspect of the invention is that it can produce viewing experiences that are virtually indistinguishable from viewing a true hologram. Such a "pseudo-holographic" image is a direct result of the ability to track and respond to observer movements.

By tracking movements of the eye locations of the observer, the left and right 3D sub-images are adjusted in response to the tracked eye movements to produce images that mimic a real hologram. The invention can accordingly continuously project a 3D image to the observer that recreates the actual viewing experience that the observer would have when moving in space around and in the vicinity of various virtual objects displayed therein. This is the same experiential viewing effect that is afforded by a hologram.

It allows the observer, for example, to move around a virtual object and top observe multiple sides from different angles."

While Apple is an unlikely company to beat out the display giants in the business, if it perfects the glasses-free 3D technology - and as an added bonus: holographic images - it might just have a jumpstart in the industry, especially the content providers.